From challenging rounds on the fairways to languid days beside the sea… From reinvigorating spa sessions to al fresco dining… From amusement park visits with the youngsters to boutique shopping with friends… From chic beach club lounging to glamorous nightclubbing… From new trends in health tourism to appreciation of traditions, culture and history… From Mediterranean boating to other nautical pursuits… From five-star deluxe hotel accommodation to stylish holiday apartments and villas… From major European airline hub to cutting-edge rail travel… Andalucía, and especially the Costa del Sol, truly has it all.

The Costa del Sol’s transport infrastructure is among the most advanced in Europe. Málaga’s international airport (the third busiest in Spain) offers direct connections to and from most major cities (including a full schedule of low-cost airline flights) and is conveniently accessible from all key points on the Coast.

Once on the road, the dual system of coastal highway and tollway means motorists can drive between the Coast’s eastern and western borders without passing a traffic light. Málaga is also part of Spain’s standard-bearing high-velocity rail network (AVE); with Madrid, for example, just a two and a half hour journey away. 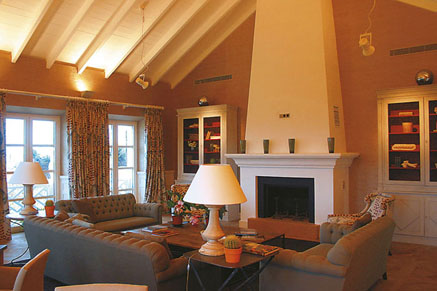 With tourism the main engine of the Costa del Sol’s economy, accommodation is of paramount importance. As to be expected then, the Coast offers unrivalled hotel options, from five-star deluxe and chic boutique establishments to well-appointed smaller hotels and aparthotels.

The flourishing residential-tourism industry (now emerging from the crisis years) has also led to the development of countless urbanisations (both macro and micro, and covering all preferences and requirements), complemented by private homes and apartments – many conveniently located near courses to cater for golfers and their families and friends.

For those opting for some rest and relaxation away from the golf course, the days can be pleasantly long – and the nights almost longer! Starting with a sumptuous brunch and chilled champagne at a beach club, later savouring an afternoon aperitif followed by a gourmet meal by the sea, before enjoying live music or partying at a nightclub into the early hours… and concluding the “evening” with chocolate and churros at a local café-bar. Then either a welcome sleep-in or perhaps a round of golf before an afternoon siesta.

Some corners of the Costa del Sol might be strictly “adults-only” but the Coast is also full of family-friendly attractions. The area’s theme parks include Aqualand Torremolinos and Parque Acúatico Mijas for fun-filled water-based activities, the timeless Tivoli World amusement park in Benalmádena, and the Aventura Amazona treetop adventure park in Elviria (Marbella).

For a more nature-appreciative outing, there are Selwo Marina Delfinarium (Benalmádena) and Sea Life Benalmádena Aquarium with their fascinating marine life, Mariposario Benalmádena butterfly museum (near the imposing Buddhist temple), Crocodile Park Torremolinos (the name is self-explanatory!), Selwo Aventura wildlife park (between Marbella and Estepona), the new Botanical Park in Estepona with its world-class orchid display and – the pièce de résistance – Fuengirola Biopark zoo with its diverse habitats and global breeding programme for endangered species.

And, for a scintillating view of the coastline (except for vertigo sufferers), the Teleférico Benalmádena cable car, which travels 800 metres above sea level from near Tivoli to the Mount Calamorro peak.

Once the (adult) body becomes tired of such energetic pursuits, there is always that other popular pastime on the Coast: shopping. The options are many and varied, from boutique retail therapy in Puerto Banús, Marbella’s Old Town, Miramar (Fuengirola-Mijas) and Plaza Mayor (Málaga) to traditional weekly town markets – as well as a new mega leisure centre planned for Torremolinos (complete with artificial ski slope).

For spotting of a different kind, from the more relaxed comfort of a quayside bar terrace, the Coast is home to 14 marinas and hundreds of superyachts – plus quite a few megayachts owned by Middle Eastern royalty and oligarchs.

These luxury ports – serviced with comprehensive boating services as well as dining and other leisure options – are highlighted by the showpiece Puerto Banús in Marbella but they also include (at varying levels of opulence – or otherwise) Caleta de Veléz, El Candado, Muelle Uno and Royal Mediterráneo Club in Málaga capital, Benalmádena Puerto, Fuengirola (a work in progress), Cabopino, La Bajadilla, Marbella (town centre), Estepona, La Duquesa, Sotogrande and Alcaidesa – plus Ocean Village in Gibraltar.

The European “wind capital” of Tarifa is an easy half-hour drive from the western end of the Costa del Sol, and the gateway to other popular beach resorts along the Costa del la Luz towards Cádiz (Bolonia, Zahara de los Atunes, Conil de la Frontera, Novo Sancti, Chiclana).

According to official figures from the regional ministry of tourism, the health sector attracts 600,000 annual visitors to Andalucía, convalescing from operations or illness, resting away from work and everyday stresses, or undergoing cosmetic or other surgery.

Not surprisingly, Málaga province leads the way with one-third of that total, nearly half the region’s hospital beds and most of the high-end clinics. These “health tourists” are attracted by the convenient transport connections, excellent all-year climate, first-class medical establishments, superbly equipped spa and wellbeing centres, highly qualified professionals, and diverse accommodation options.

If golf is only part of your passion, the Costa del Sol’s moderate all-year climate and cosmopolitan DNA has transformed the area into a veritable mecca of sporting activity. These include the traditional – tennis, squash, paddle tennis, lawn bowling, ten-pin bowling, hiking and even cricket and rugby (Marbella has its own top club) – to the more active… mountaineering, rafting, caving, ballooning, karting and high-octane speed thrills at the private Ascari racetrack near Ronda.

The Coast is also dotted with equestrian centres and excellent horse-riding paths, while top international polo (with its associated celebrity soirées) is played at Sotogrande during the summer months. 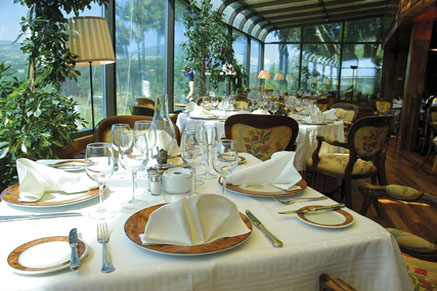 A significant proportion of international visitors to Spain are specifically attracted by the country’s celebrated gastronomy, from classic favourites to contemporary fusion international specialities. It is often said – only half-jokingly – that Spain has a bar on each neighbourhood corner, and the same could almost be said for restaurants and other eateries: cafeterias, beach chiringuitos, tapa and pintxo outlets, bistros, mountain ventas, town mesons and wine bars, as well as gourmet markets.

There are now six Michelin-star restaurants on the Costa del Sol (in Málaga, Benalmádena-Fuengirola and Marbella) but foodies will also find exquisite delicacies at a plethora of other establishments – from a modest “menu del día” to a more plush silver-setting seafood platter.

For dinner parties or culinary gifts for friends and family back home, the Coast also offers a rich range of supermarkets (many with aisles reserved for “international” ingredients and products), specialist delicatessens, health food shops and, of course, bargain-price wine and liquor outlets.