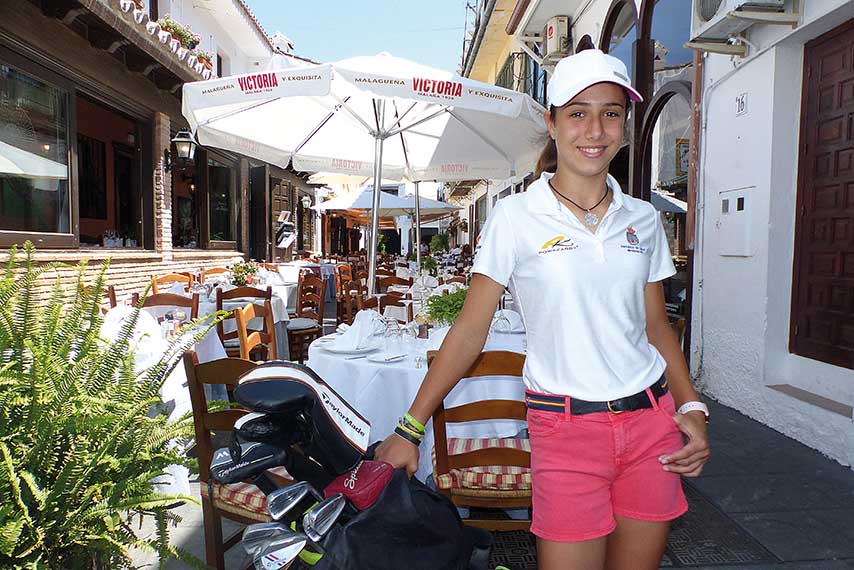 Julia López Ramírez is something of a star in a town - her home town - that prides itself on being number one in Spain when it comes to the number of golf courses per inhabitant. Benahavís, the Málaga province municipality that borders Marbella and Estepona, has eight courses for a population of 8,000 people. And it is also home to one other equally important golfing amenity: a municipal academy that has coached hundreds of children and young people who, until then, in most cases had not even contemplated the possibility of being attracted to the sport.

This is the case of Julia, currently handicap minus-0.2, who has been selected for the national youth team and is one of the most outstanding young golfers from Benahavís. Her parents took her to a driving range near her home one day, to try a sport they had never played themselves but one which their daughter has dazzled at. 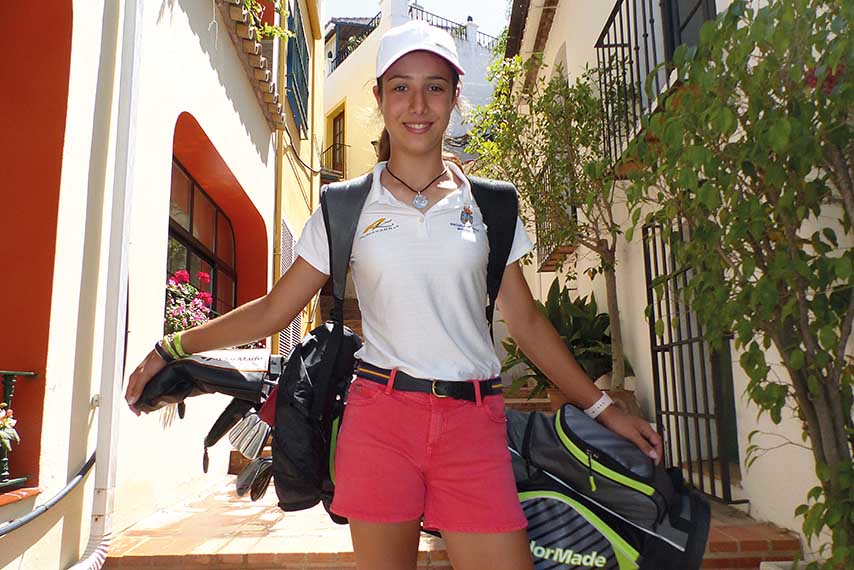 Julia was then three years old, 12 years younger than now, and what started out as a child's game has over time become such a major hobby that she hopes one day it will become her modus vivendi. Her younger brother also tried the sport, but it did not seduce him. "He was bored. He just wanted to play tournaments, but he didn’t practice, and he also said that he did not like having to walk so much.”

Like Julia, her parents are aware of the difficulty involved in being dedicated to golf as a profession, so they have placed an unwaivable condition on her continuing to travel to competitions: she has to complete her studies satisfactorily (after summer she will study the last year of junior high school).

“She already knows the way it is as long as she fulfils her obligation, I’ll fulfil mine,” remarked her mother while Julia patiently submitted to a photographic session in different corners of the charming village. 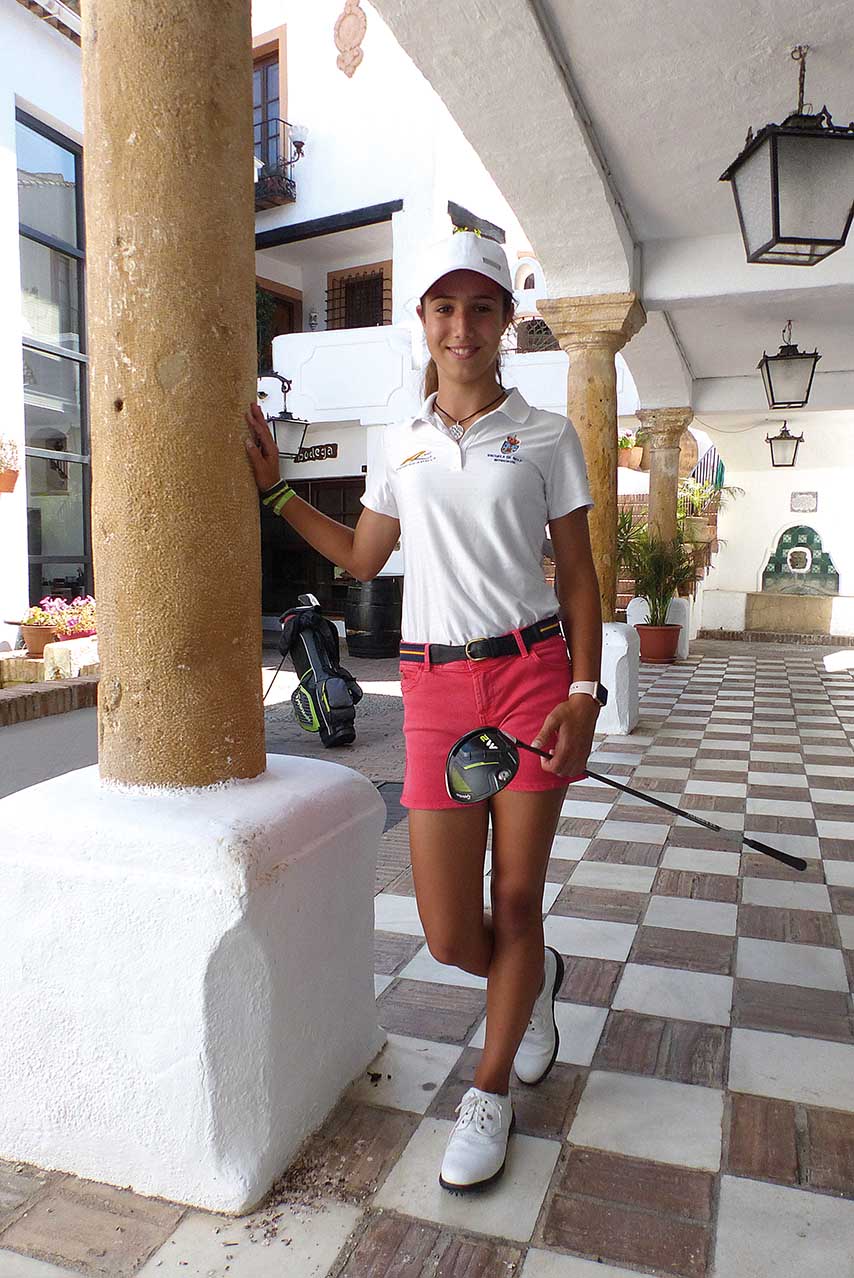 Julia would like to complete high school at the Escuela de Alto Rendimiento Blume (high-performance college), in Madrid, because, as her mother notes, at the school where she currently studies she does receive, from most of the teachers, the support she needs to be able to develop as golfer. “We have many problems with the school, because they do not support her. They don’t consider her absence for competitions justified, for example.”

To be admitted to the Blume she must have a handicap lower than 1.5, good grades in her studies and the support of the Royal Spanish Golf Federation. Her goal, in the event of golf not ultimately becoming her profession, is to study for a degree in physical education and sports science.

Her victory in the Andalusian Cup in January at Atalaya Golf, and in Murcia in a national ranking event, opened the doors to the national youth team, and this summer she travels to France to play in Spain-England and Spain-Scotland matches.

How far do you think you can go in the world of golf?

I want to reach the highest level possible, at least try to get there, but if not at least graduate with the degree.

What golf plans do you have for this summer?

Apart from the trips with the national team, I will be attending the summer camp for two or three weeks that Manuel (Araujo, the Benahavís Municipal Golf Academy coach) runs. We practise from 10 in the morning, eat and continue until four in the afternoon. 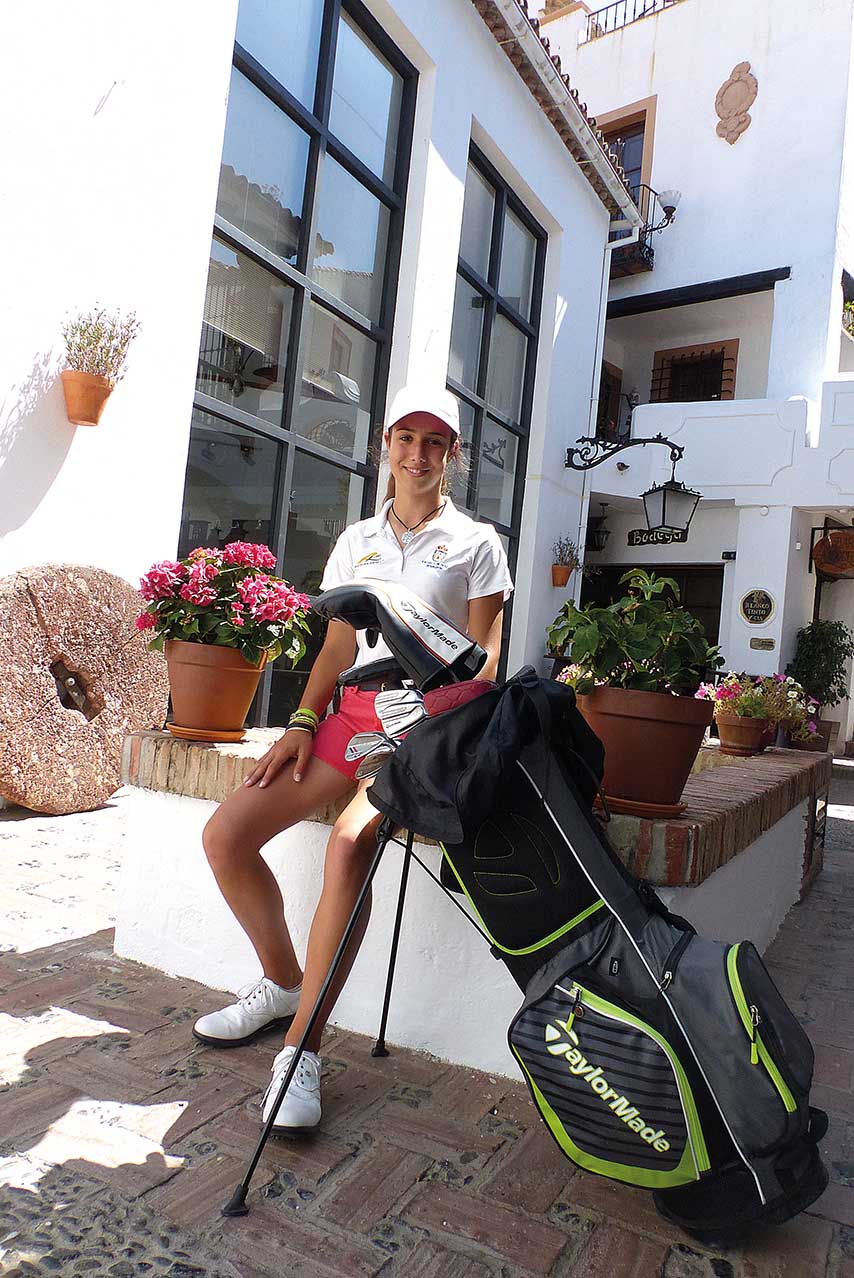 And out on the course?

I do not usually go out a lot because my parents can’t take me. I go out once a week or something like that.

Azahara Muñoz, always. And among the men I really like Tiger Woods’ swing. 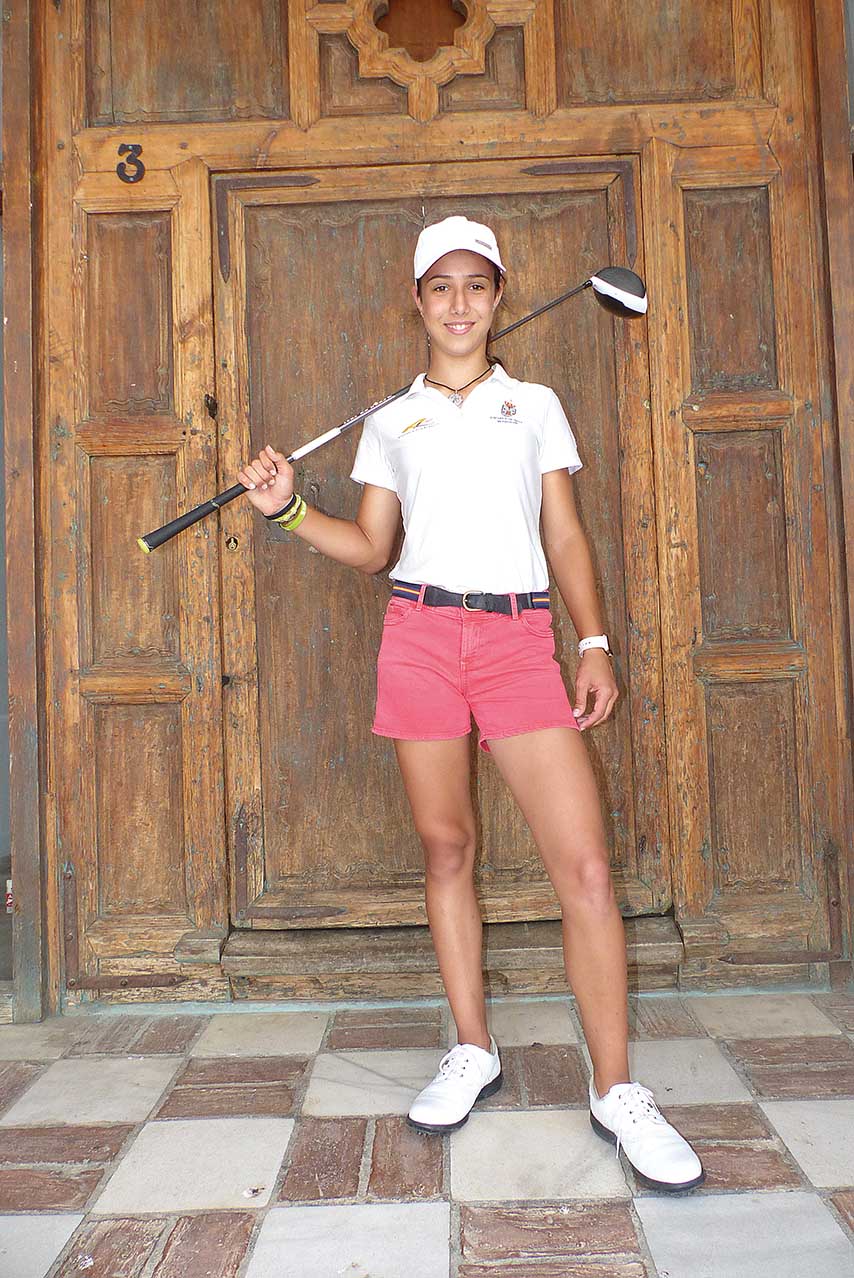 What are the main strengths in your game? What clubs do you work with best?

I always manage better with my long game because I’m better in that area and I’m fairly strong. My short game takes more effort, although I have been improving lately.

You have a reputation for being a big hitter. How far do you reach with the driver?

Do your parents support you a lot?

Yes, but always with studying as the main priority, and then golf. It's not easy for golf to be second! (She laughs, and her mother observes, "That's the way it is.“)