In just nine months - from the Hero World Challenge at the beginning of December to The Tour Championship - he moved up the world ranking from 1,199th to 13th, a feat that honours one of the Californian’s popular nicknames: The Extraterrestrial. And, furthermore, he crowned his season with an extraordinary victory in the US PGA Tour’s grand finale, against the year’s 30 top players.

It was the former world number one’s first victory in five years and his 80th PGA Tour title in all, just two short of Sam Snead’s record. His last win had come in the Bridgestone Invitational in August, when no one could have guessed that it would take him 1,876 days to lift another trophy.

His season was extraordinary, especially bearing in mind where it all began: ranked 1,199th in the world. Along the way he finished among the top-10 eight times in the 19 tournaments he played, including his The Tour Championship triumph, runner-up in the US PGA Championship, another second in the Valspar Championship and sixth in the British Open.

His sixth place in the BMW Championship enabled him to qualify for the top 30 of the FedExCup and thus enter the season-ending Tour Championship (from 20 to 23 September, the week before the Ryder Cup).

It was not surprising, therefore, that after four back surgeries that meant he could barely walk a few months ago, Tiger was quite emotional after his desperately desired victory. At East Lake Golf Club, with a packed gallery ecstatic over the “resurrection” of their idol, the former world number one headed out on the final hole with a large smile on his face, knowing the title was within his grasp. “I had a hard time not crying coming up the last hole.  I kept saying to myself, ‘You know what? I could still blade this thing out of bounds.’ But once I hit the ball onto the green I high-fived Joey (LaCava, his caddie) because I knew I’d done it.

“It was a great challenge at the start of the year wondering if I could win again, but over the course of the season I saw it was possible.”

Most Famous Golfer in the World

The player who became - and still is - the most famous golfer in the world has this year been on the verge of winning another major, something that has eluded him since his 14th Grand Slam title in the 2008 US Open. Although his first major outing of the season, the Masters, ended with a 32nd finish, and in the second, the US Open, he did not pass the cut, things changed radically in the last two majors of the year. In the British Open, where Francesco Molinari became the first Italian to win a major, Tiger finished in sixth place but could have been joint second with four other players if not for missing a short putt on the last hole.

The Californian – now with 80 wins on the US PGA Tour and more than a hundred including his other international victories, had grabbed much of the attention throughout the week with his return to the British Open after a three-year absence due to injury. He wasn’t far off adding a 15th major at 42 years of age after a duel with the Italian.

In the last major, the PGA Championship, Tiger, who had not played in the event for five years, was in brilliant form at Bellerive Country Club but, despite achieving a best-of-the-day 64, he could not catch the formidable Brooks Koepka, also winner of the 2018 US Open. Woods was just one shot behind Koepka, on the 13th hole, but the enormous strength of his young rival (28 years) thwarted the veteran star’s efforts, and he finished second, two strokes behind the champion.

With his physical ailments overcome (four back surgeries in recent years), his strength restored and his enormous talent intact, it was surely just a matter of time - and not much time, as we have now seen - before The Extraterrestrial once again climbed to the top of the podium and enjoyed the green laurels of success that led him to his 2013 Bridgestone International victory.

And that moment has finally arrived, in what was a great day for international golf, especially for American fans, and also for TV networks that have the broadcasting rights for the major tournaments, who have seen their audiences (and revenue) take off, just as they did when Tiger was previously deploying his magical touch on the grass.

Now the question is, how long will he take to once again be world number one? And will he be able to match, or even break, Jack Nicklaus’s record of 18 majors. With 14 in his own trophy cabinet, Tiger needs four to join the Golden bear. Mission impossible? 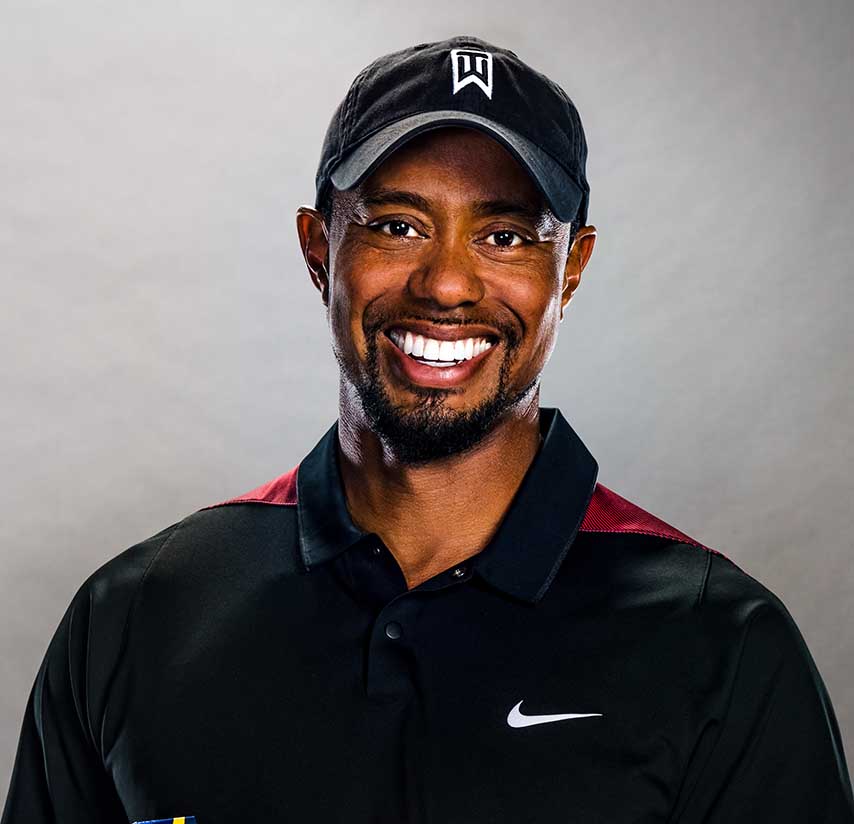 1. In one single tournament, the Hero Wold Challenge, Tiger managed to rise no fewer than 451 positions in the world ranking, from 1,119th to 668th - a leap worthy of The Extraterrestrial.

2. The Californian's radically improved form is evident in the cards he has signed since his reappearance: 16 of his last 29 rounds been below 70.

3. Thanks to his magnificent results in the last tournaments of the season, Tiger earned a place in the next US Open and will not be required to ask for an invitation,

4. If his second places in PGA Tour events were converted into victories, Tiger would already have surpassed 100 titles - he has been runner-up 31 times and has tallied 79 wins.

5. Although it is estimated he has won more than one billion dollars over the course of his career, he is no doubt not displeased to have collected nearly four million in prizemoney this season.