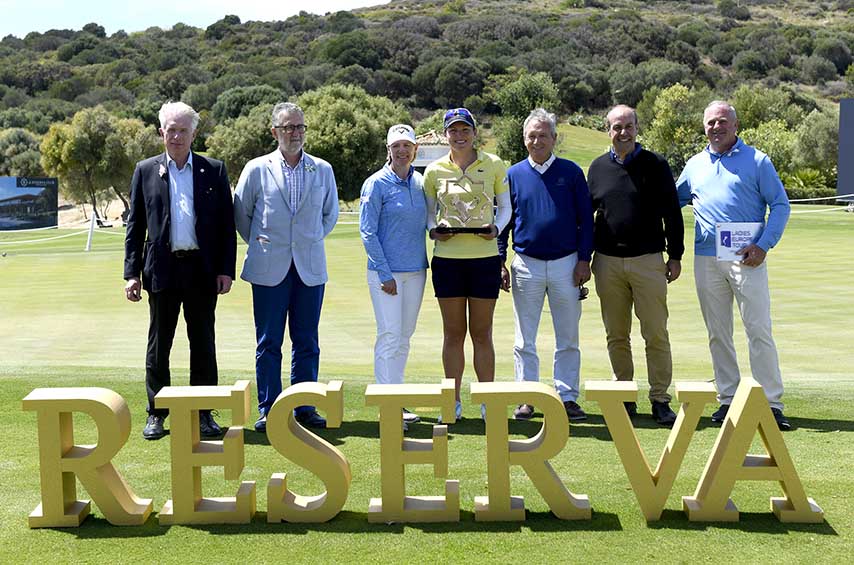 Céline Herbin from France won her second Ladies European Tour title with a one-shot victory at the inaugural La Reserva de Sotogrande Invitational hosted by Annika. The 36-year-old was six-under for the tournament with a final round of 69, with Esther Henseleit a shot behind and Charlotte Thompson, Camille Chevalier and third-round leader Caroline Hedwall on two-under. Kelsey MacDonald produced the best round of the day, a 67, to share sixth with Daniela Holmqvist and Spanish pair Carmen Alonso and María Parra. 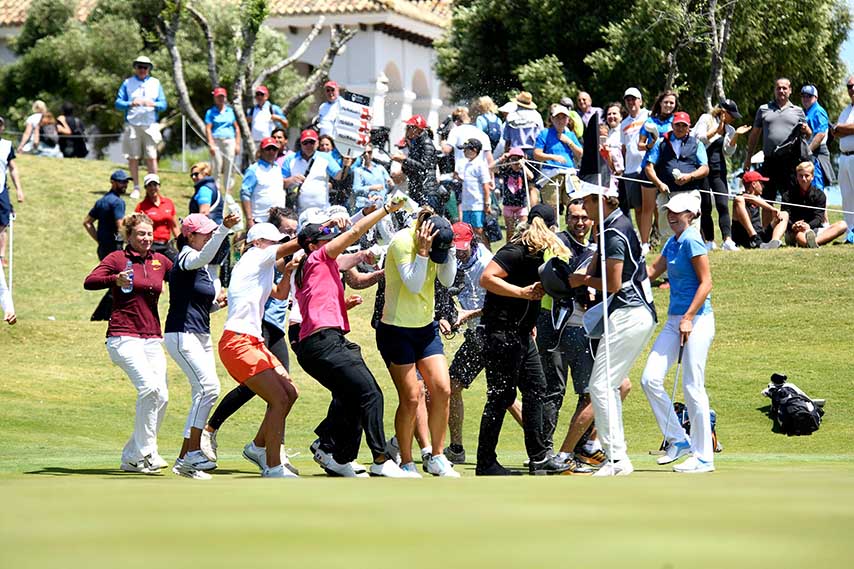 Herbin last won at the 2015 Lacoste Ladies Open de France and she said, “I’ve been trying to win in Spain for a long time.” Herbin is coached by the brother of Seve Ballesteros, Vicente, while her caddie for the week was Alps Tour professional Juan Ochoa, with whom she starred in a Spanish golf reality TV show nine years ago. 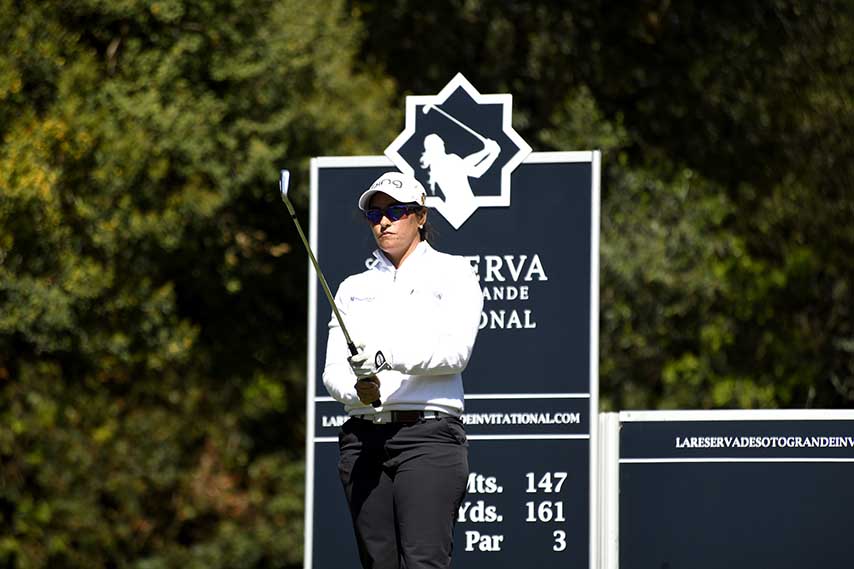 She said, “I like to play in Spain and I’ve been here practising a lot. My coach is Spanish, so I really wanted to do well here in Spain, so definitely a special win and a big thanks to my caddie, Juan, who was awesome all week long and kept me calm. You have seen me smiling all day and all week because we chatted about so many other things and I was just very focused when I came up to the ball. That was one of the keys for sure, and he helped me a lot on the greens. It was also emotional to win in front of my parents.

“It was a lot of fun and quite incredible. My front nine was very nice: minus three with one birdie and one eagle, so I was playing well. Holes 10 and 11 were difficult where bogeys can come quite quickly, but I answered well with birdies on 12 and 13 and then I made it a little interesting with a three-putt, which was a pity. I saw the leader board on 15 when I was on the green and I realised that I was close to Esther. She made a birdie and I made a very good par on 16 but with the gust of wind it was very difficult. I holed a one-metre-and-a-half putt to finally make a par and then it was all open so I tried to make birdies on the last two and it worked out quite well.” 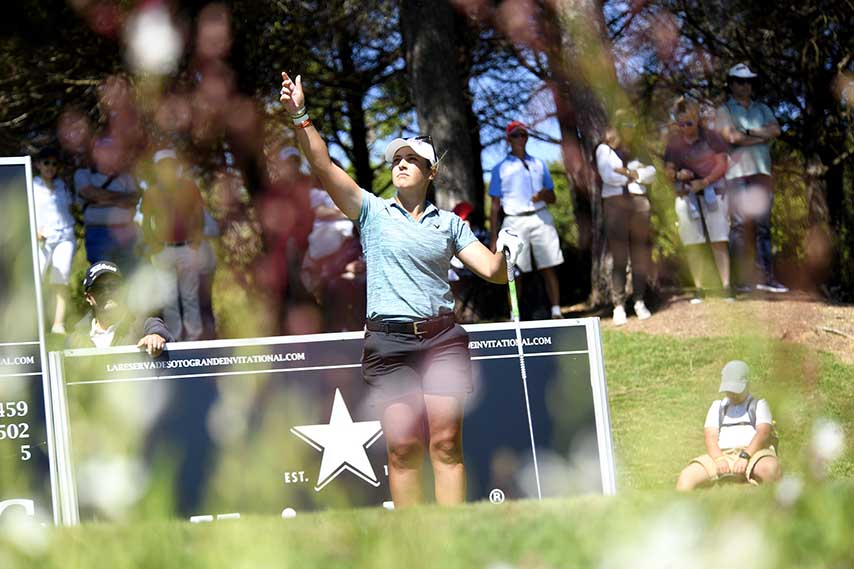 Henseleit had to settle for her second runner-up finish and her sixth top-10 from seven starts in her first season as a professional. She had taken the lead with a birdie on the 16th hole, but Herbin quickly responded with a pair of birdies to seal the title. 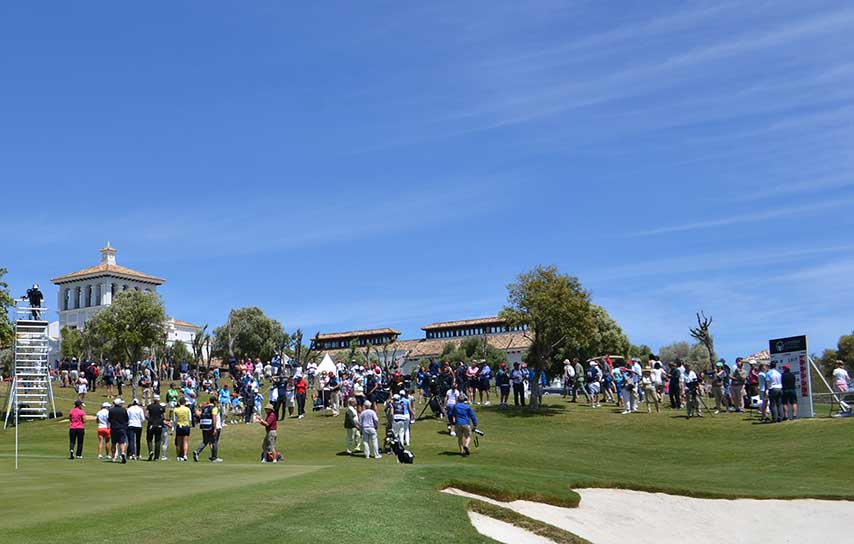 Henseleit said, “I’m quite happy because I played really well and made some birdies and holed some putts in tough situations. Second isn’t what I wanted but it’s a good position.” 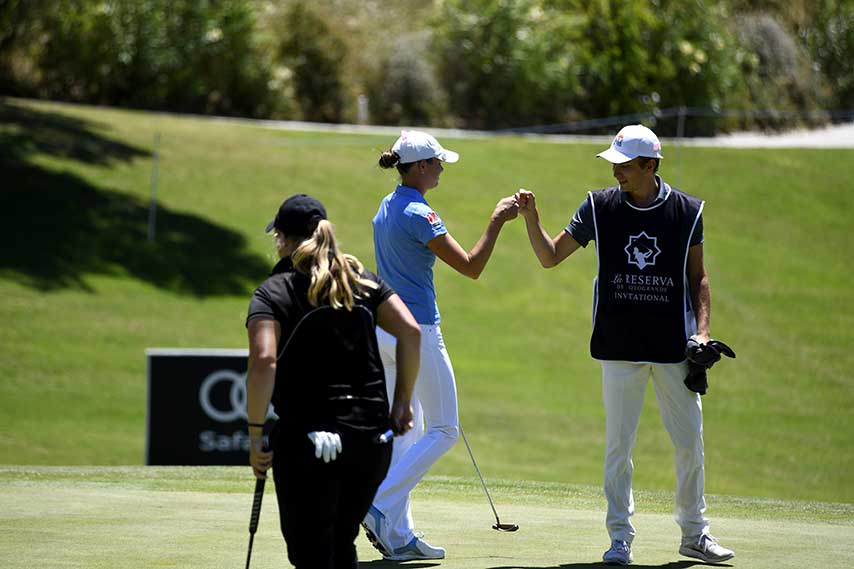 Reflecting on the inaugural event, host Annika Sörenstam said, “I think the week went very well. This tournament came around very quickly and I got involved six weeks ago, so this year was more to try out and see how things would go. It’s been a great week and I think La Reserva is a great place, a beautiful place and the girls really enjoyed the golf course. The conditions were challenging but I think it’s been a really good week and hopefully something we can build on and move on to bigger things. We want to bring some of the top players over here to experience what La Reserva has to offer.” 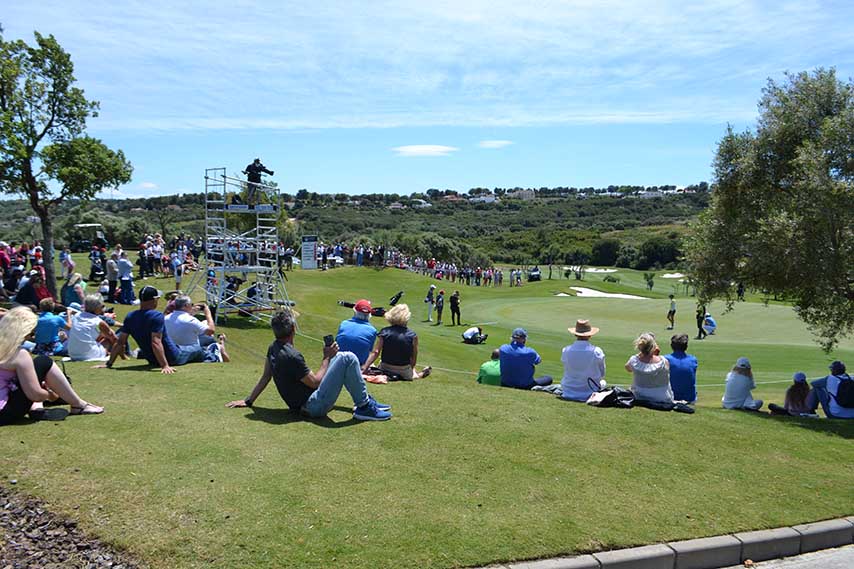