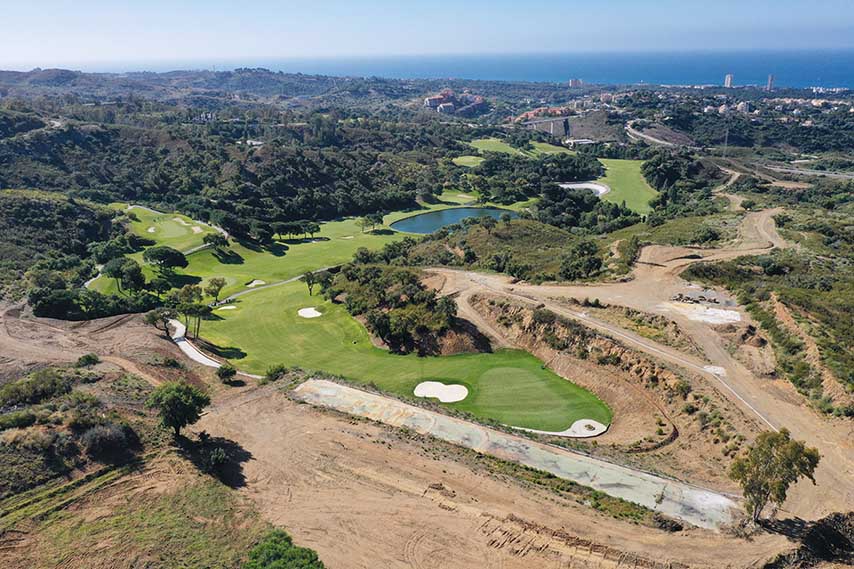 Santa María Golf & Country Club has extended its 18-hole course to a par-71 following a major transformation of the ninth hole, which has been lengthened from a 324-metre par-four to a 511-metre par-five.

The Marbella club’s new-look layout will be unveiled with the opening of the transformed ninth hole on 14 June. 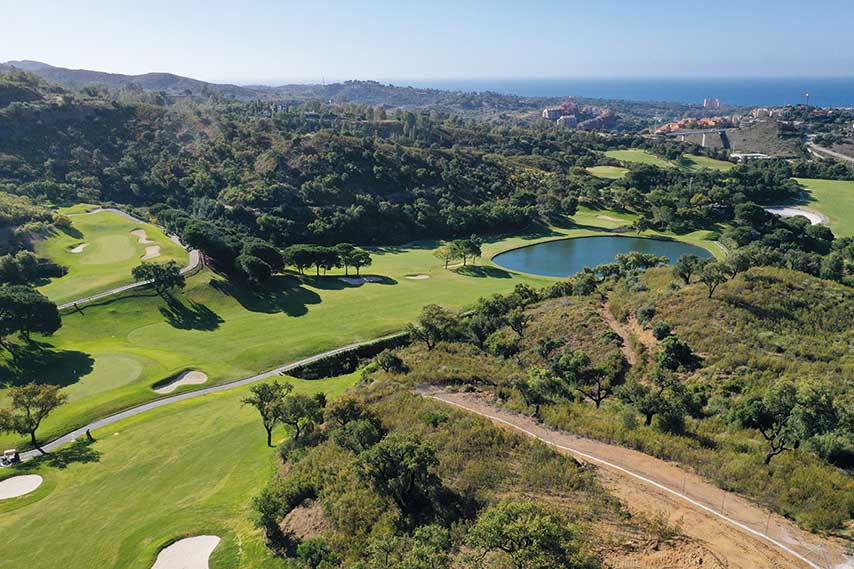 The tees on the ninth remain the same. The first shot has to be hit across a lake and begin climbing a slight slope, gaining enough distance so you can reach the new fairway with your second shot, a slight dog-leg to the left to the second landing area; or, for the more conservative, a third shot which will require a second approach to avoid two bunkers protecting both boundaries of the new hole. 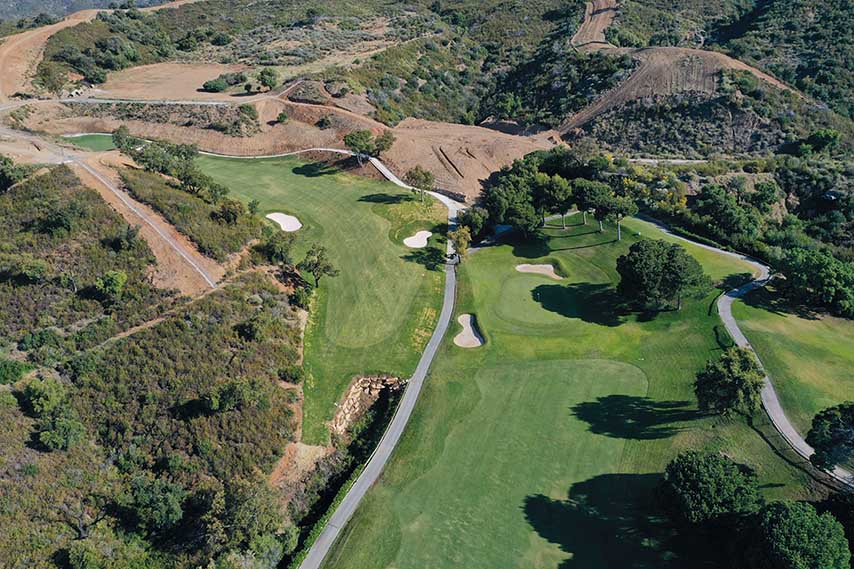 The approach shot to the green offers an expansive landing area. Large, gently sloping and with two putting platforms, the green is protected by a bunker at the front on the right. This sand hazard can be avoided by hitting to the left-hand platform or approaching or over the bunker. 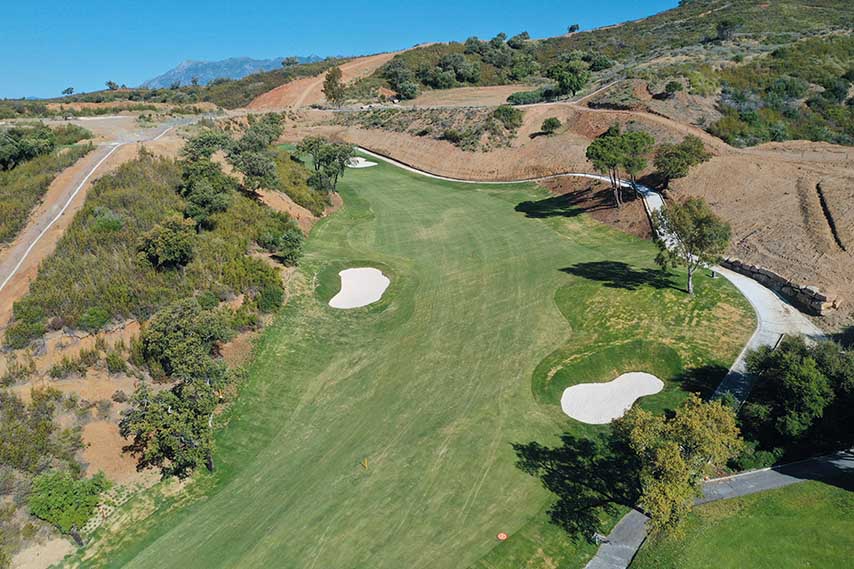 The ninth green is in the highest area of the golf course. The hole rises slightly from the tee to a well-protected green in a stunning natural setting. Its size enables many different flag positions, which further enhances the hole’s spectacular features. 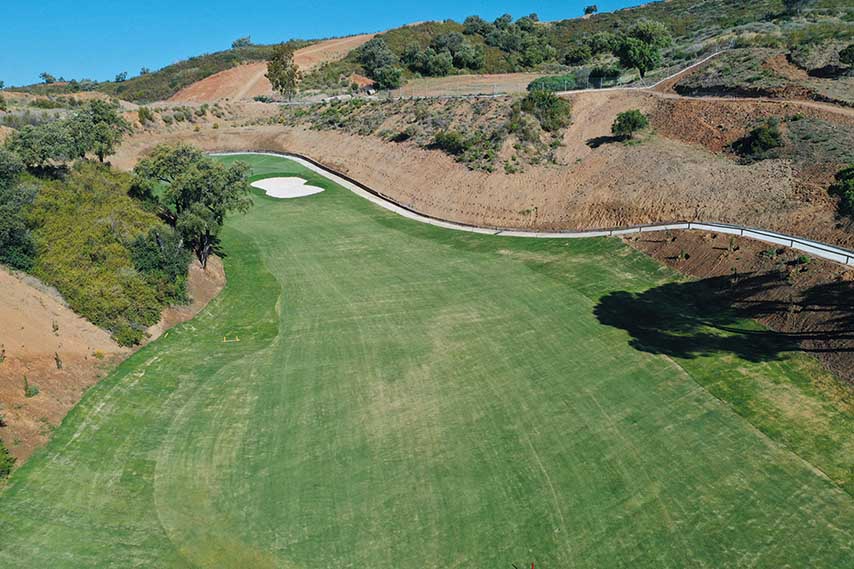 This extension of the course will be continued with a new layout remodelling to lengthen it further to a par-72 - within a few months, probably by March 2020. 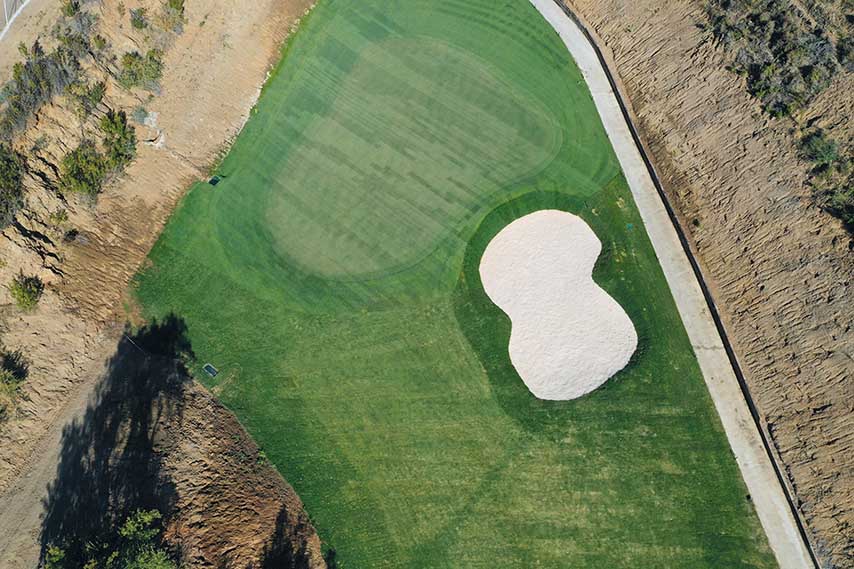 Nestling next to picturesque pine and cork forests in the Elviria area, Santa María Golf was inaugurated in 1991, initially with nine holes designed by Antonio García Garrido. The second nine, opened in 1996, were designed by the club’s technical team.

Managed by Alfredo Ramiro, the course offers golfers a challenging round in exceptional natural surroundings with views of the sea and oak tree-covered mountains. A stream and four lakes provide the course with a freshness and testing challenges, while further enhancing its beauty.