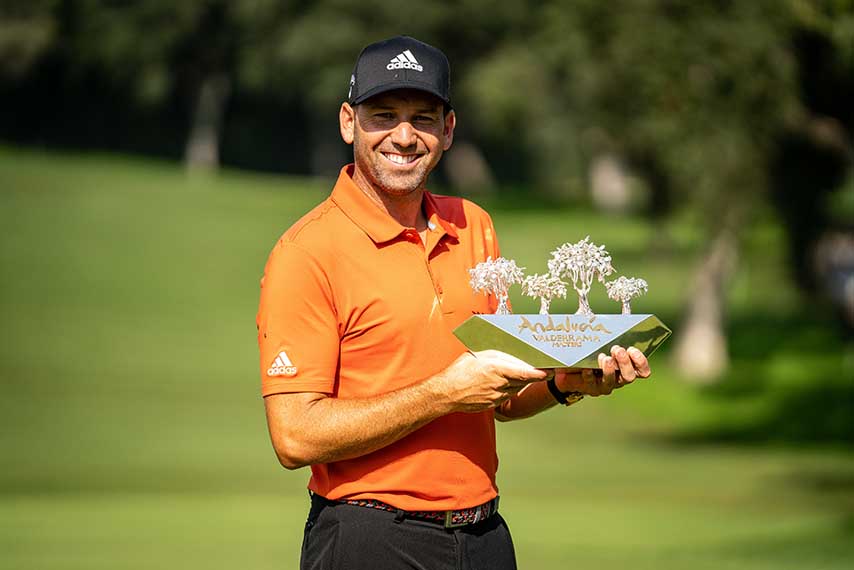 “If you want to win at Valderrama, you need to be patient and love this course”, said Sergio García, host of the Estrella Damm N.A. Andalucía Masters hosted by the Sergio García Foundation, soon after hoisting the 2017 trophy. It’s a concise and fitting summary of the relationship he has with a Real Club Valderrama that celebrates its “silver wedding” with the European Tour, since it will hold its 25th tour event from June 26-30.

Some holes are remembered for the feats of certain golfers, such as the Hogan's Alley baptized in honor of the great Ben Hogan in Carnoustie, and there are a few groups of holes that go down in history due to the dominance displayed by outstanding players. A little bit further down the road we find courses fully identified with golf stars, such as Bay Hill, always associated with Arnold Palmer (although the eight wins Tiger Woods got there put him right at his side) or Muirfield Village, the house that Jack (Nicklaus) built. Nobody can accuse us of being wrong if we include Sergio García and Real Club Valderrama in this list of "golf marriages". 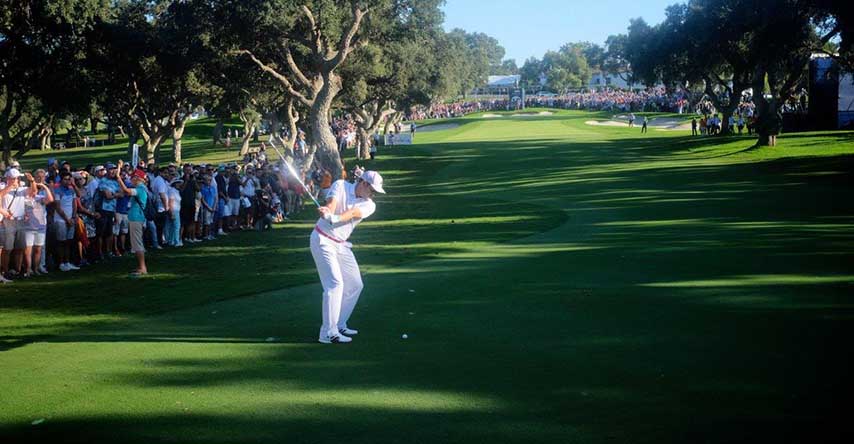 In golf, the phrase horses for courses alludes to the fact there are golfers that play best in certain golf courses, but in the cases mentioned above the ties between golfers and courses go far beyond the game. Their favourite courses are much more than a good luck charm: in good times are the best support; in bad times, a safe haven and a welcoming balm.

Although Sergio García took a long time in getting his first win at the Real Club Valderrama, his stats at the beautiful and manicured Sotogrande course are amazing, especially if we take into account how hard is the Robert Trent Jones’ design. The golfer from Borriol accumulates 13 top tens (2 in the American Express Championship, 7 in Volvo Masters, and 4 in the Estrella Damm N.A. Andalucía Masters) in the 14 European Tour events he played at Valderrama, and he is the first golfer with three individual wins in this course (2011, 2017 y 2018).

“I really like this course and everyone knows it's my favorite ... People may expect an automatic win every time I play at Valderrama, but it's a very challenging course. You have to hit all the shots, unlike many courses in which the driver is king. You have to use all the clubs in the bag," said García at the end of the 2018 Estrella Damm N.A. Andalucía Masters. 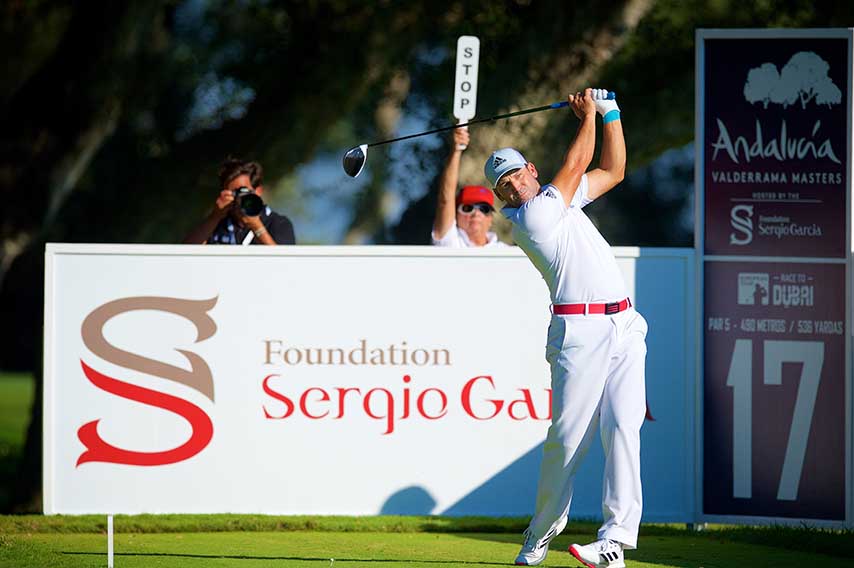 Although last year he managed to defend his title at Valderrama (and we could say he has three wins in a row with his 2011 win if we don’t count the third place of the 2016 Spanish Open), previously the Borriol star had a lot of close calls in the Volvo Masters and took him a long time to start winning at Valderrama.

After contending with Graeme McDowell for the 2010 title of the then-named Andalucía Valderrama Masters, García started imposing his sporting tyranny at the Cádiz course. A year later, García fought an exciting duel with Miguel Ángel Jiménez and, with a great up-and-down at the last hole, he managed to hoist his first Valderrama trophy. Sergio bent forward and clenched his fists in a celebration that, in time, we would see again at the 2017 Masters Tournament. Although he seemed to release a lot of stress back then, acceptance was the key in that win.

“I did not feel this course owed me anything. I’ve always tried to do my best here, but my opponents always played a little bit better”, said García. After that, he hasn’t had to use those words again.

García finished third in the 2016 Spanish Open, with just two strokes more than Andrew "Beef" Johnston, although he started the last round 7 shots behind, and later came the two titles won at the 2017 and 2018 Andalucia Valderrama Masters, keeping at bay players of the stature of Joost Luiten and Shane Lowry. Last year, Garcia astonished everybody with an impressive 64 on the second round in a tournament shortened to 54 holes because of bad weather. Sergio García and Real Club Valderrama ties keep strengthening.

“I love all the Valderrama holes, each one has its own appeal. This course gives you no respite and makes you think. You must keep focused from the first tee and put the ball always in the right place. Patience is essential. We all play it with a lot of respect,” explained the Spanish golfer.

From June 27, Sergio García will have the chance to extend his love relationship with Valderrama, although for that he will need to beat a great field led by Jon Rahm, best ranked Spanish player for the last 21 months.

Tickets for the Estrella Damm N.A. Andalucía Masters 2019 hosted by the Sergio García Foundation are on sale now at the event website, starting from just €7 for juniors and €18 for adults (free entry for children aged under 12 when accompanied by an adult). For more information, see the event website, Facebook, Instagram and Twitter.