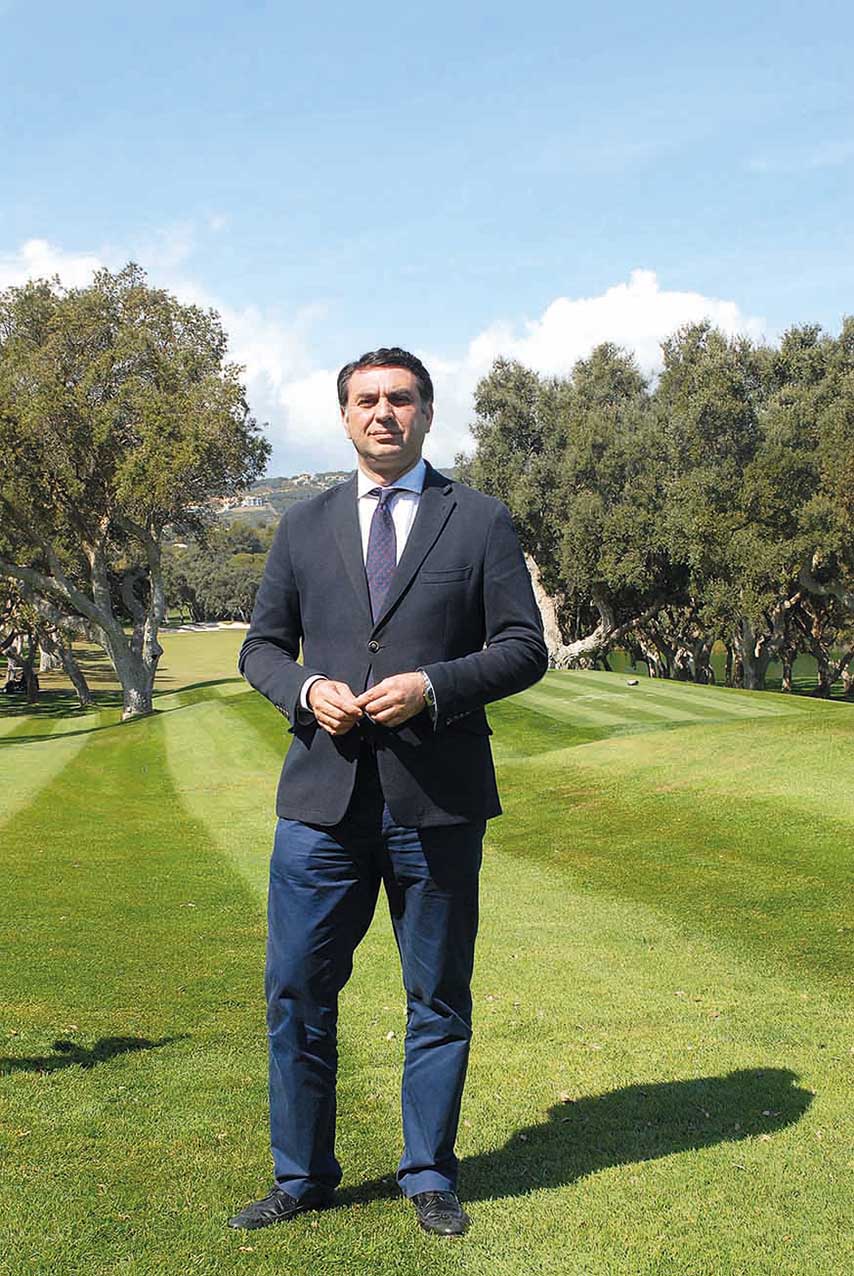 Personable and attentive, Francisco Javier Fernández – minister for tourism in the Junta de Andalucía (regional government) – stresses that golf is one of the key tourist segments highlighted in his ministry’s marketing plans over the next four years.

We interview the minister at Aloha Golf following the prize-giving ceremony for the Andalucía Costa del Sol Open de España Femenino – on the Ladies European Tour.

- What do you think about the tournament?

- I think it was excellent, for the number of spectators, the image we presented on TV to numerous countries around the world, an image of the superb sunny weather we enjoy here, and also because we had a Spanish champion for the first time in the tournament’s history, a local player, an Andalucian who is in great form at the moment, and has a magnificent future ahead of her. So it was a brilliant tournament both in a sporting sense and in promoting Andalucía as a tourist destination.

- Does this sponsorship of the Andalucía Costa del Sol Open de España Femenino mean the Junta de Andalucía is restoring its investment in major tournaments, or are there no plans to invest the major sums spent in the past – a few years ago – on such tournaments as the Volvo Masters and Andalucía Masters?

- Yes, we are planning to once again showcase Andalucía’s golf courses through major tournaments, with competitions that place us in the global golf spotlight and have a significant impact, especially via TV broadcasts. What we want to ensure is maximum efficiency in economic management and investment, and I believe that right now, at the current time, bringing championships here like the women’s Spanish Open, and the men’s Spanish Open we had back in April (at Valderrama), is an effective tool we can use to promote our tourist destination.

- Is your Tourism Marketing Plan for next year now finalised and, if so, how will it be used to promote golf?

- Are you considering new promotional formulas to consolidate the loyalty of golfers from our traditional markets and to target new markets?

- We are seeking new formulas by taking advantage of the opportunities given to us by innovative technologies. We have the possibility of setting up webcams and live broadcasts where people can check out our climate and the quality of our courses, in countries where they can’t play golf in winter because of bad weather. These tools exist and you have to know how to take advantage of them to highlight the tourist resources we have in Andalucía.

- Costa del Sol golf clubs are currently (at the end of September and start of the area’s golfing high season) reporting high numbers of players at their courses – in many cases they are full. However, other golf tourism areas in Andalucía are well short of these figures. Even though it is clear that the air, road and rail infrastructures are not the same, is there anything that can be done to boost golfer numbers in these areas, especially on the Costa de la Luz in Cádiz province, and Huelva and Almería?

- We are undertaking promotional initiatives in the various areas with the objective that people perceive Andalucía as a golf destination, with around 20 per cent of Spain’s total number of courses. We support all the areas, but we are aware that the Costa del Sol is the flagship in this respect, and a kind of battering ram that opens up the doors to other areas and benefits the whole Andalucian golfing sector. We are going to seek out and forge alliances to ensure Andalucía makes a major commitment to golf.

- I believe citizens are demanding that we have dialogue and cooperation. It is always positive that we are able to get along with and understand each other, to reach agreements, to coincide with the general thrust of golf promotion, which in the end is what boosts the economy and generates employment, and I believe that’s something that motivates all public administrations. Furthermore, we seek out alliances with the private sector, also represented in these initiatives, because together we will be able to advance much further. On the Costa del Sol there is an alliance between the Junta de Andalucía, town halls and Diputación (provincial parliament) because we are all aware of the importance of golf to tourism.

- When it comes to raising awareness, do you believe the public administrations, in general, are aware of the importance of golf as a tourist attraction, or is there still a great deal of prejudice based on the mistaken perception that it is a sport for the wealthy? In Spain, golf is the sport with the highest number of officially registered participants, only topped by football and basketball. In Madrid, for example, it is second after football, with more than 80,000 golfers…

- I believe that these days politicians – those of us with responsibilities within the administration – are aware of the importance of golf. I believe many of the prejudices have been eliminated, and that they were related less to golf as a sport than to certain movements created around golf, where interests were focused more on urban development than sport. We are aware that golf needs to be sustainable environmentally and economically, and that it is a hugely important tourist resource.

- Have you ever tried to play golf?

- I tried it at La Cartuja (public golf amenities in Sevilla) but I have to accept that I’m not a golfer.

With a total of 120 golf courses – including more than 70 on the Costa del Sol – Andalucía is a golfing paradise for players in Europe and elsewhere around the world. Thanks to its benign climate throughout the year, the quantity and quality of its golf courses, its cultural and culinary wealth, its historical heritage, its excellent hotel, air, road, sea and rail infrastructure, its incomparable leisure amenities and the friendliness of its people, the region attracts more than 26 million Spanish and foreign tourists every year, including hundreds of thousands of golfers who enjoy the game in short sleeves when, back in their home countries, harsh weather conditions prevent them from playing their favourite sport. 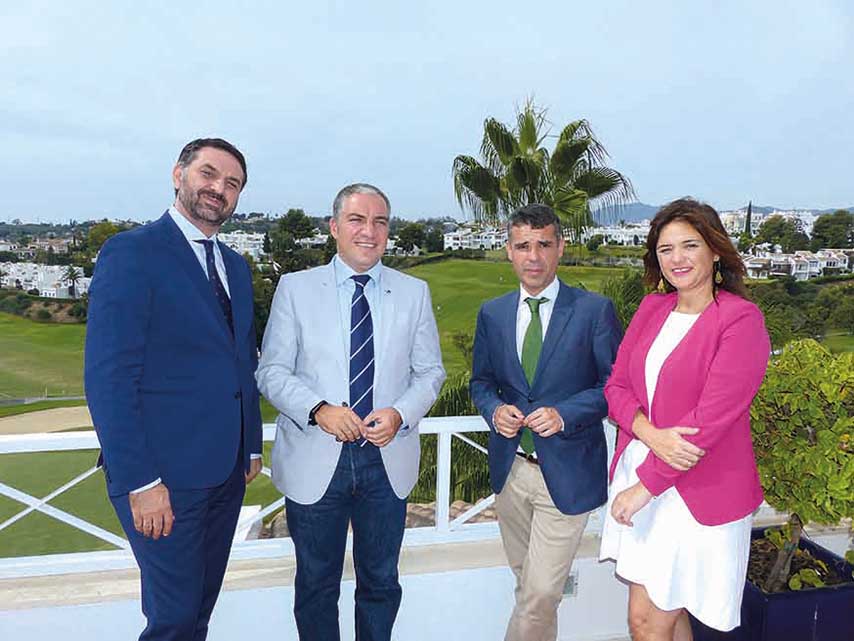