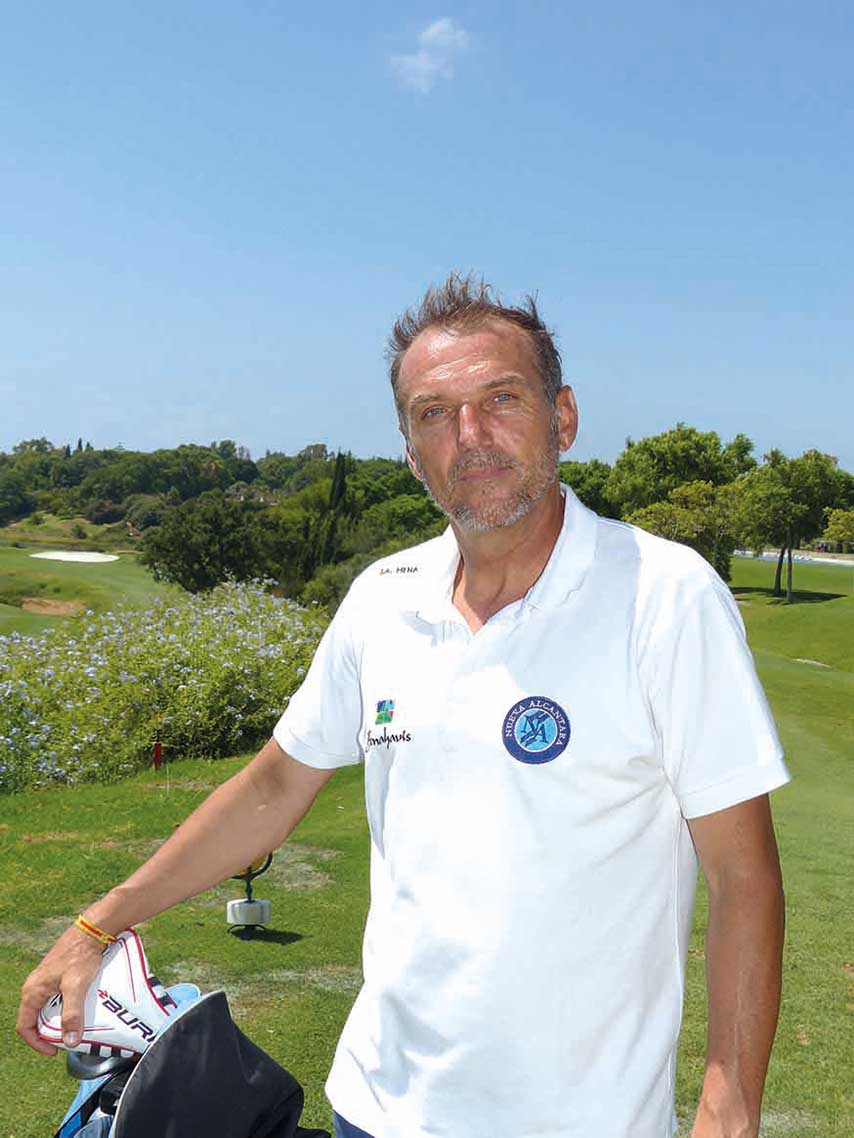 “Benahavís owes a lot to golf”

Living in Benahavís is an exceptional experience. The residents of this Costa del Sol municipality that borders Marbella and Estepona enjoy an enviable standard of living thanks to the local tax office’s prosperous endeavours. The key is a relatively scarce population (7,500 inhabitants) and considerable revenue collected by the town hall, highlighted by major contributions from the many prime urbanisations that have been developed on its lands… and golf. Little wonder, therefore, that the municipality – which has gained widespread renown for the extensive variety of restaurants dotted around its charming town centre – has 10 golf courses: three at Villa Padierna Golf (Flamingos, Tramores and Alferini), two in the La Zagaleta urbanisation (La Zagaleta and Los Barrancos), one of the two at Atalaya Golf & Country Club (the New Course – the Old Course is located within Estepona municipality), La Quinta, Los Arqueros, Marbella Club Golf Resort and El Higueral. In total, 180 holes for golf enthusiasts to enjoy. There is also another 18-hole course, Montemayor, which has been inactive for several years but could re-open in the short to medium term.

At the helm of this rare breed, a Spanish town hall with sound finances (in fact, even a surplus!), is a lawyer who loves motorcycles, a healthy life and golf – a sport he has played for the past 10 years. José Antonio Mena (from the Partido Popular – or Popular Party), now serving his third consecutive term as mayor, is well aware of the importance of golf for his municipality. “Benahavís owes a lot to golf,” he says. In addition to the aforementioned courses, located next to the township is a superb municipal golf academy equipped with magnificent amenities, where Benahavís youngsters receive complimentary classes.

It is not only the local children, however, who have the opportunity of learning and playing the sport for free: adults can also play at various courses without paying a cent. “There are some courses on municipal land where those born and resident in the municipality don’t have to pay, and this has led to significant growth in popularity for golf,” notes Mena. “Many years ago, when agreements were reached for the construction of golf courses, the remuneration comprised, on the one hand, a financial payment and, on the other, a social commitment in which Benahavís-born residents could play golf for free.”

- Benahavís is not only the municipality with the third highest number of golf courses in Spain, after Marbella and Mijas, but also leads the way in courses per capita. What does that mean for the municipality?

- It’s a matter of pride as well as responsibility, because we have to offer a quality product that meets the expectations of golfers, who are then satisfied with their experience and want to visit us again. Fortunately, that is happening. In addition to bestowing prestige on us as a tourist destination, golf also generates major economic benefits for the municipality, and keeps visitor numbers high throughout the year, especially from other European countries.

Being a mayor who plays golf provides Mena with a wider perspective of the importance of golf tourism for the local economy. “It helps me understand golfing tourists, to appreciate their concerns and needs, and sometimes even to be ahead of them in some aspects. A golfer is always aware of the market and its shifts.”

To that end, the town hall is careful not to take its eye off the ball, and to ensure – through ongoing promotion of Benahavís’s golf amenities – that golfers remain interested in the destination. “There’s a lot of competition, and you can’t let down your guard. It’s not just enough to have excellent golf amenities: you also have to let people know this – that’s essential.”

In addition to golf, Mena highlights gastronomy as being one other basic foundation of the municipality’s tourist appeal. “Half the world should know by now that Benahavís offers quality cuisine at good prices. The attraction of being a village, typical of inland Andalucía in spite of the proximity of the coast (just seven kilometres from the main coastal highway), also helps the municipality welcome significant numbers of tourists every year.”

Apart from dozens of charming restaurants offering stunningly created cuisine and great gastronomic variety, for several years now the municipality has also been home to the Benahavís Sabor a Málaga Academy (“Tastes of Málaga”), headquarters of the Hispano-Arab Mediterranean Diet Foundation. Top culinary and hotel professionals are training, and have trained, at the academy. “Our town is very proud of the academy,” says the mayor.

Also a matter of great pride was Michelle Obama’s choice of the municipality for her 2010 summer holidays at Hotel Villa Padierna. “That was a fantastic visit for Benahavís” recalls Mena, “but also for the whole Costa del Sol.”

Benahavís’s bronze medal in the ranking of Spanish municipalities with the highest number of golf courses could soon become silver, with the municipality set to overtake Mijas and move into second place once three new courses planned for the area are completed. 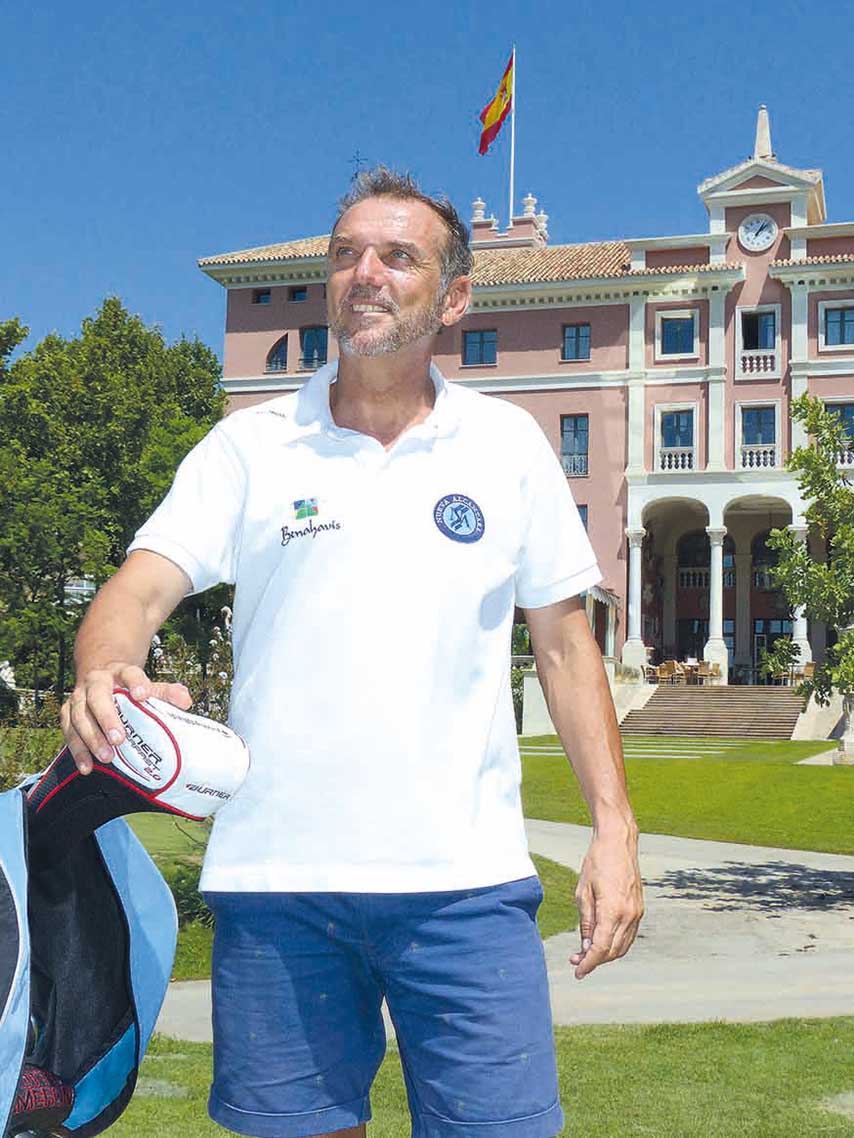