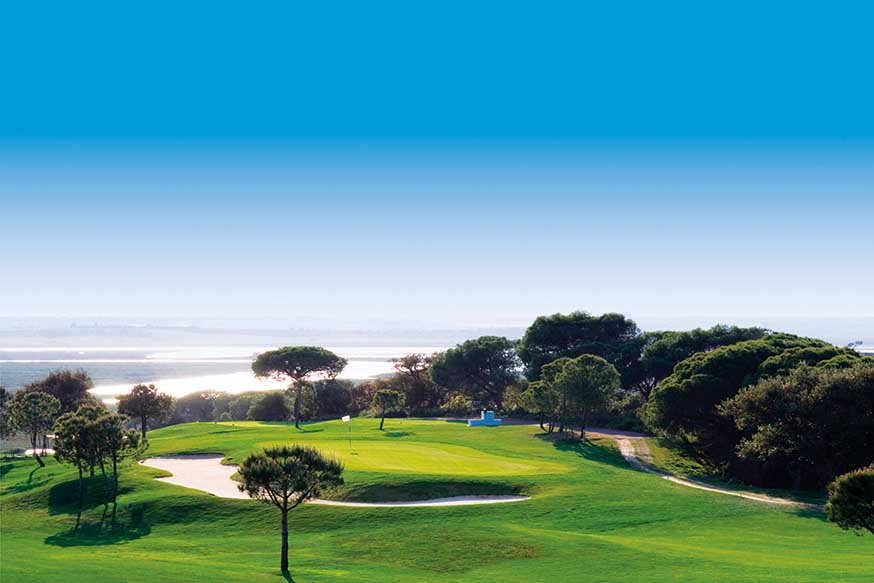 Visually and historically, the province of Huelva is a multi-coloured mosaic. The sights range from thousands of pink flamingos nesting in the marshlands to delicious ruby-red strawberries piled high in the market stalls… from the greens and browns of the woodlands and pastures to the white-capped waves of the Atlantic… and from the golden beaches of the seashore to the vivid greens of the golf courses. Historically this is a exceptional land. Archaeologists have found evidence of Neolithic settlements in the caves of La Mora and artefacts dating from the Bronze Age in nearby Becerro. It was from Palos de la Frontera in Huelva that Christopher Columbus set sail on 3 August 1492 on his historic first trip to the New World. It was also in this province that the first game of golf was played in Spain, by British mining engineers at the Río Tinto mines. The makeshift course they built was moved several times until it was sited on what is now the nine-hole Corta Atalaya layout. The province has an additional eight courses at Bellavista, Islantilla, Dunas de Doñana, Isla Canela, Nuevo Portil, Costa Esuri and El Rompido (two courses). Huelva’s greatest natural treasure – and one of the greatest treasures of all mankind – is the Doñana Nature Park, which in 1980 was declared a Biosphere Reserve by UNESCO. Sited at the mouth of the Guadalquivir River, Doñana comprises many distinct ecosystems made up of dunes, mountains and wetlands. Understandably, visits to the park are strictly controlled and those wanting to enjoy its rare natural splendour should book ahead