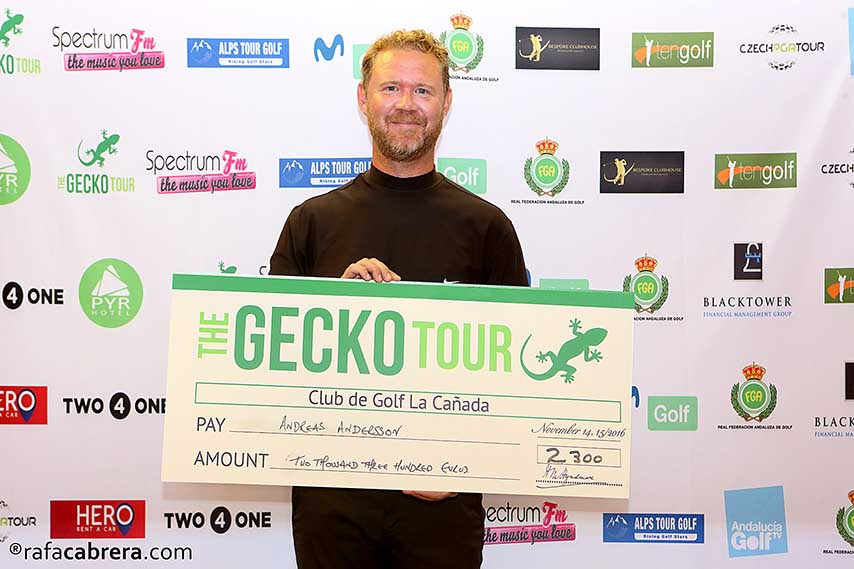 It has been a roller-coaster ride for Andreas Andersson the past fortnight. One week ago the 37-year-old Swede failed to get past the semi-final stage of the European Tour Qualifying School but he bounced back immediately to dominate the first event of the 2016-17 The Gecko Tour on the Costa del Sol.

Andersson carded a nine-under total of 133 (66-67) at La Cañada to win by six shots from local veteran and European Senior Tour champion Juan Quirós, with Gabriel Cañizares third another stroke back.

The next leg will be a special evening event and official tour inauguration party on Friday (18 November) at the artificially illuminated La Dama de Noche course in Marbella, while the second of 20 proposed regular tournaments is scheduled for Marbella Golf & Country on 21-22 November. The concluding Gecko tournament – a pro-am and Tour Championship Final – will be held at Finca Cortesín from 5 to 7 March.