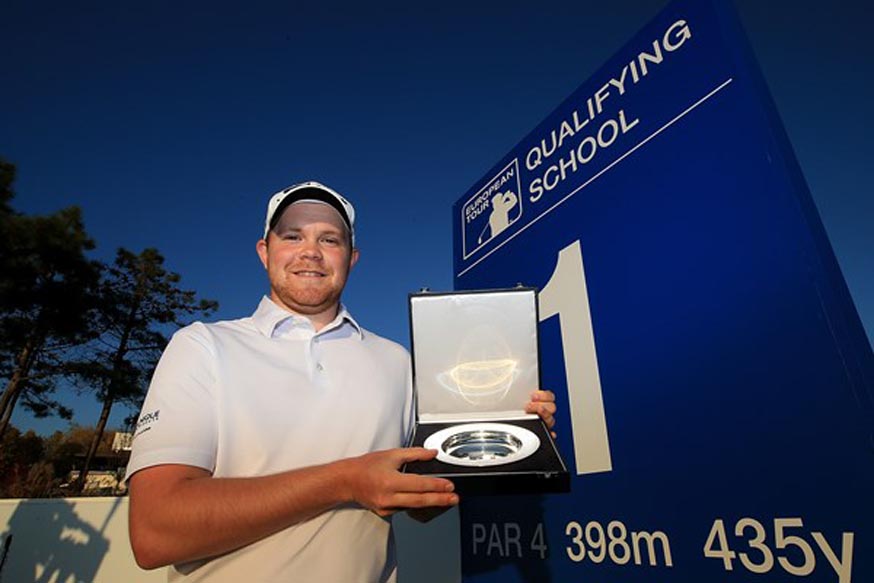 Nathan Kimsey had to play a total of 252 holes in his quest for a European Tour card. The 23-year-old Englishman became only the second player in history – after Oskar Henningsson in 2008 – to come through the First and Second Stage of the Qualifying School then win the Final Stage, played this week at the PGA Catalunya Resort.

He carded a final-round 70 for a 13-under total over the six days of final competition, as the

top 25 finishers and ties won their cards, including Edoardo Molinari and Y. E. Yang, the first major winner to compete at Q-School. Just as pleased with their week’s work, during a year when Henrik Stenson became the first Swede to win a Grand Slam title (British Open), were the Swedish contingent, with six players earning a European Tour card for next season: Jens Fahrbring, Richard Johnson, Anton Karlsson, Sebastian Soderberg, Pontus Widegren and Niclas Johansson.