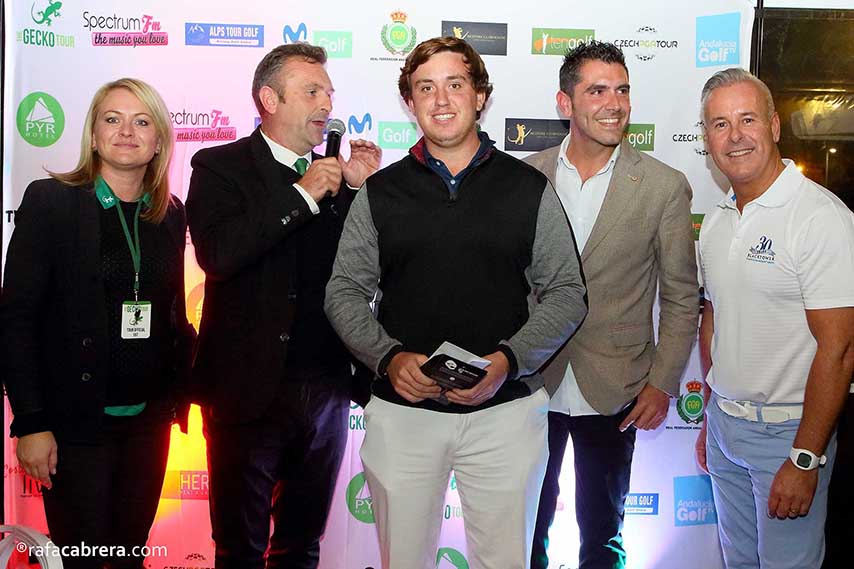 More than 30 players teed up in the novel second event of The Gecko Tour, competing in a nocturnal nine-hole competition with lit-up balls at the artificially illuminated La Dama de Noche course in Marbella, followed by a thoroughly enjoyable party with food, drinks and a live DJ.

Twenty-three-year-old Argentine professional Juan Martín Olivera triumphed out on the course, carding a 28 to win by one shot over Ladies European Tour player Noemí Jiménez, Michael Dart and Mike Bedford. The players used balls with a blinking red light in order to make them more visible at night.

After the tournament, the new owners of Europe’s premier winter tour, Ken Lingwood and Katherine Wells, took the opportunity to welcome all the golfers and wish them a successful sixth season of the annual Gecko Tour. The Dama de Noche tournament was sponsored by Black Tower in collaboration with Spectrum FM.