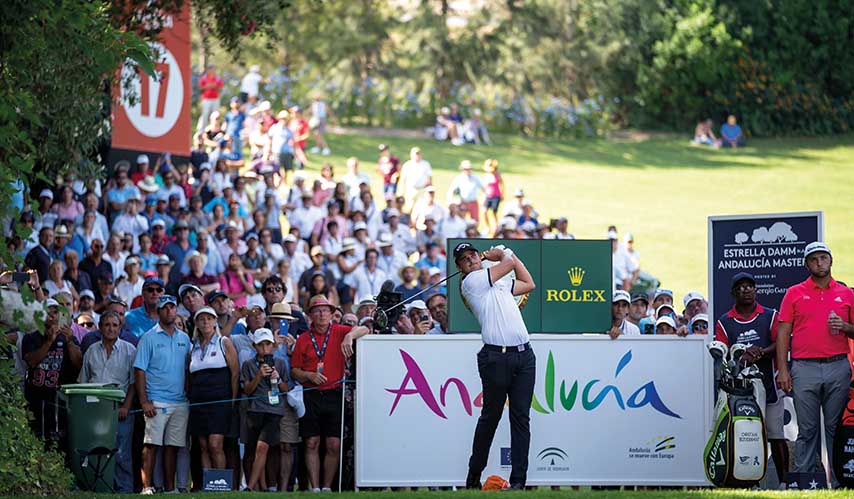 Tickets are now on sale for the Estrella Damm N.A. Andalucía Masters, a golf event that will gather the best European Tour players at Real Club Valderrama from October 14-17. The Sotogrande gem, the best course in Spain according to the most prestigious golf publications, will once again serve as an impeccable venue and will host the seventh edition of the Spanish tournament with the highest prize money on the European Tour this season.

The stellar line-up, the unbeatable setting of Real Club Valderrama (which has already hosted twenty-five European Tour events and was the first course in continental Europe to receive the Ryder Cup in 1997) and the spectacular weather in the area are assets that, once again, will guarantee a unique and ideal spectacle for all audiences.

The flexibility of the ticketing offer allows choosing between individual tickets for each day, four-day passes or weekend passes, with preferential rates for children under 14 years of age, federated golfers or people with reduced mobility. In addition, theses tickets are offered at special prices which might be modified later as the championship approaches.

In addition, a VIP experience has been created to enjoy this European Tour tournament to the fullest in a privileged environment. This ticket gives access, among other exclusive spaces, to the course and the Masters Suite, where attendees will enjoy an excellent culinary proposal and experience the best golf at first hand. The Masters Suite has a private terrace overlooking the putting green and a buffet with a prime selection of fine Mediterranean cuisine, as well as including a VIP parking space next to the exclusive access to the course.

Tickets can be purchased from the Tickets menú on the tournament website, at edamgolf.es or at feverup.com.