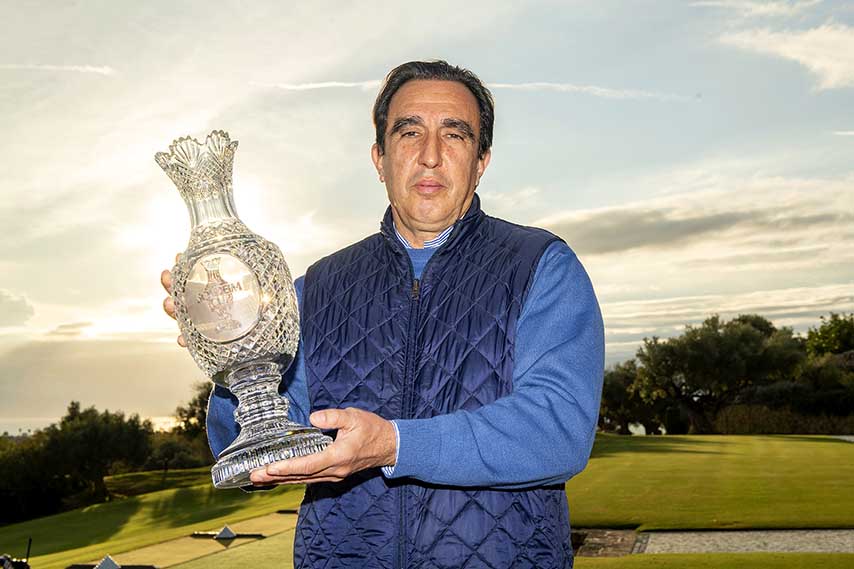 The countdown is underway to Finca Cortesin hosting the biggest team competition in women’s golf, with all roads pointing to Spain for the 2023 Solheim Cup.

The most talented players from Europe and the United States will gather in Andalusia in two years’ time for the biennial contest, with Europe defending the title that they won 15-13 after three days of intense competition at the Inverness Club in Toledo, Ohio, this week. 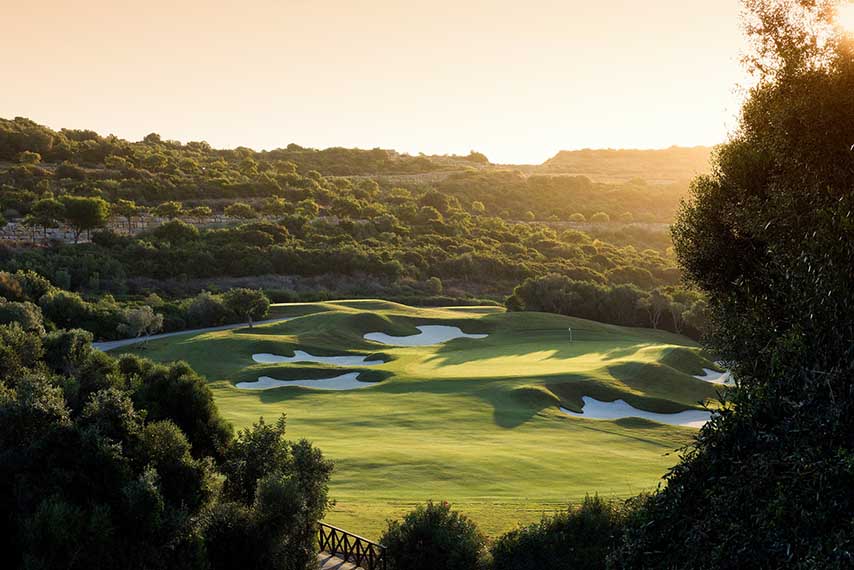 Finca Cortesin will become the first venue in Spain to stage the Solheim Cup when it takes place from September 18-24, 2023, and Vicente Rubio, president of Finca Cortesin Golf Club and managing director of Finca Cortesin, is relishing the prospect of hosting such a prestigious event and showcasing the club to a global audience.

“The spirit in which the Solheim Cup matches are played is unmatched in world sport,” said Rubio.

“We all take great pride in having been chosen to host the 2023 Solheim Cup and we cannot wait to welcome everyone to the Costa del Sol in two years’ time. With the layout that Cabell Robinson has designed, the course lends itself perfectly to the match play format and I’m sure that we’re set for another three days of high drama amidst the picture-postcard setting of the Andalusian hills.”

Spain has staged 75 events on the Ladies European Tour and its development tour, while the region of Andalusia had the honour of hosting the 1997 Ryder Cup at Valderrama. 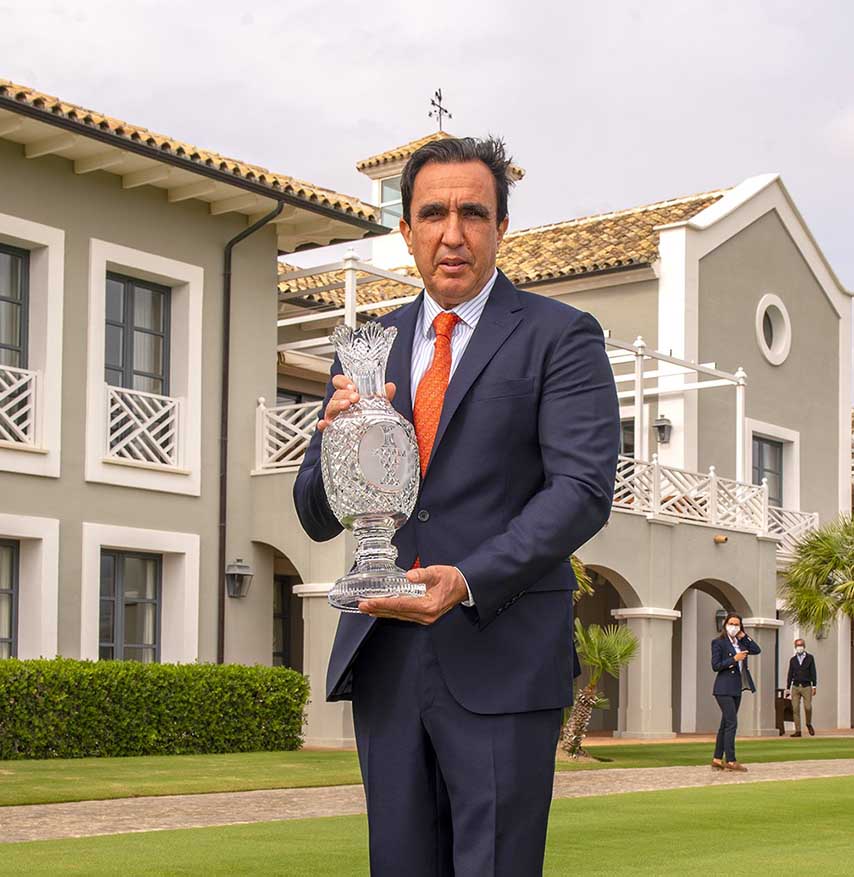 Regarded as one of the best courses in Spain and among the premier resorts in Europe, Finca Cortesin has a proven track record for hosting high-profile tournaments including the Volvo World Match Play Championship in 2009, 2011 and 2012, with the star-studded line-up including Rory McIlroy, Lee Westwood, Martin Kaymer, Sergio Garcia and Luke Donald.

Located across a vast 532-acre estate in the rolling hills of southern Spain between Marbella and Sotogrande, Finca Cortesin has a well-earned reputation as one of Europe’s most exclusive modern golf and lifestyle destination resorts. 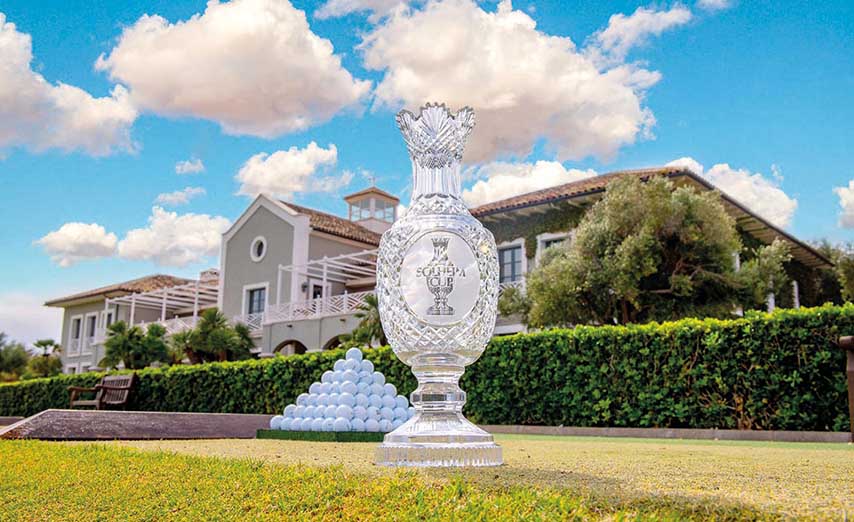 Voted recently as Europe’s number one resort by users of the respected website Leadingcourses.com, the resort’s 18-hole championship course was designed by Cabell Robinson and is the first venue in Spain to feature a new, eco-friendly variety of Bermuda grass on all its greens.

Complementing the par-72 layout are outstanding practice facilities including Finca Cortesin’s recently-upgraded Jack Nicklaus Golf Academy, while the resort’s other luxury amenities include an elegant 67-suite hotel; a 6,000sqm Beach Club; an award-winning spa featuring Spain’s only snow cave; and the choice of four restaurants.

Finca Cortesin is an independent luxury golf, hotel and spa destination resort set in the rolling hills of southern Spain between Marbella and Sotogrande. Overlooking the Mediterranean to one side and the tranquil Casares Mountains to the other, Finca Cortesin was designed in the style of a traditional Spanish ‘finca’ (rural estate).

Hotel Cortesin offers the choice of four restaurants including El Jardin de Lutz, serving authentic Spanish cuisine, and the signature Japanese restaurant Kabuki Raw. The development also features an exclusive collection of villas which are available for purchase or rental.

Surrounding the hotel is the resort’s acclaimed 18-hole championship golf course, which was designed by world-renowned architect Cabell Robinson. The par-72 course – one of the longest in Europe and which measures nearly 7,500 yards in length – received global recognition when it was given the honour of hosting the Volvo World Match Play Championship in 2009, 2011 and 2012, with the star-studded line-up including Rory McIlroy, Lee Westwood, Martin Kaymer, Sergio Garcia and Luke Donald.