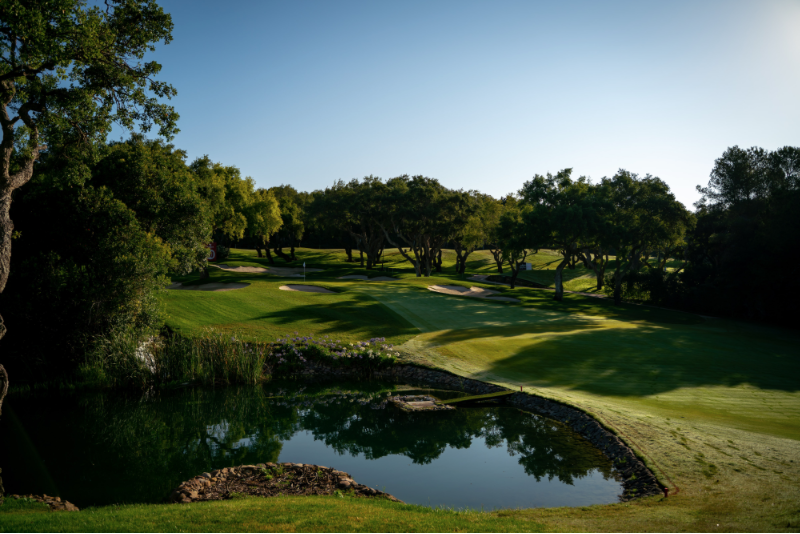 Real Club Valderrama, an essential partner and venue for all the editions of the Estrella Damm N.A. Andalucía Masters held to date, is a clear example that aesthetics can go hand in hand with competitive demands, a circumstance that is reflected year after year in the scoreboard. In addition, its magnificent presentation has been accompanied for more than 25 years by an impeccable environmental management, certified by international entities of recognized prestige.

Real Club Valderrama was the first golf course in Europe to obtain the Audubon International certificate of environmental excellence in 1995 and since then it has passed all the annual evaluations that confirm it as a reference in terms of commitment to the natural environment. In addition, the club also obtained the recognized ISO 14001 environmental management certificate in 2008.

Since its inception in 1992, the Audubon Cooperative Sanctuary Program (ACSP) has served to integrate biodiversity stewardship and environmental protection into the implementation of good housekeeping practices at golf courses. The environmental management system is based on the following elements: water conservation, environmental planning, wildlife and habitat management, rational reduction in the use of chemicals, reduction in fuel consumption, and outreach and education.

Regarding water, in 2016 the Real Club Valderrama installed one of the most advanced irrigation systems in the world with which it achieved a 19% saving in consumption, but efforts in this area are constant, as Javier Reviriego, general manager of the club, explained.

"We have finished the construction of a 55,000 cubic metres lake that will collect rainwater and water from drains in the field. We will be able to fill it with rainwater during the winter and use it in the summer, which gives us a good buffer for consumption peaks," Reviriego points out. "Then, in many areas of the field, especially areas that don't come into play under the trees, we have decided to remove the irrigation to stop the grass from growing and replace it with crushed cork oak bark (mulch). Mulching allows us to save a lot of water, products and fertilizers. Technically, it looks very good and does not break up the natural landscape at all, and it has allowed us to cancel almost 400 sprinklers on the field without affecting the game".

In addition to the water collected in the lakes, the irrigation water comes from its own wells approved and validated by the Confederación Hidrográfica del Sur, and the Sotogrande wastewater project is being developed, thanks to which the club will be able to use tertiary treated water from nearby towns to irrigate most of the course. In addition, the implementation of new grass varieties will also help to limit consumption.

"We are doing many tests with new varieties of grass that tolerate more the lack of water and shade, such as zoysia. These are varieties widely used in the United States in climates similar to ours and we have done a test in the short game area and, if it works, we will implement it in the rest of the course," says the general manager of the Real Club Valderrama. 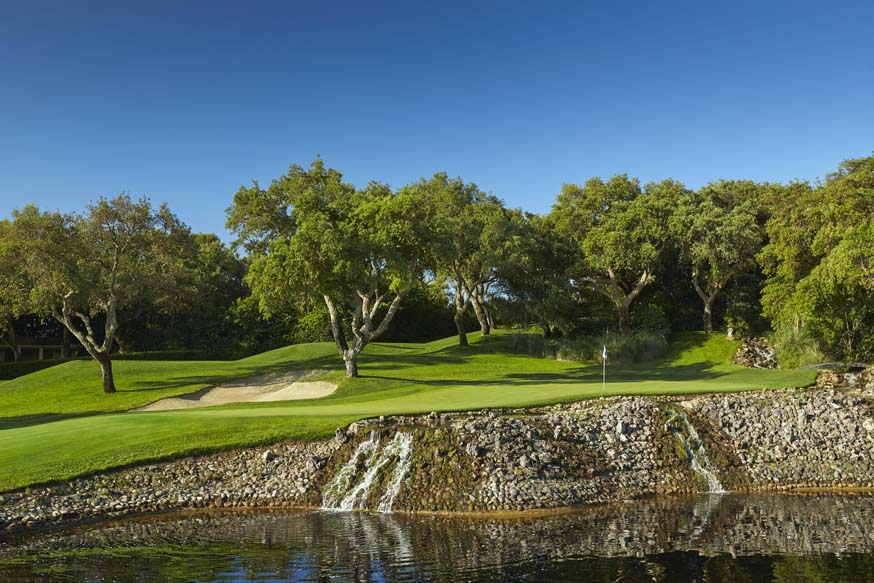 With respect to wildlife, a team of experts monitors the status of all existing wildlife species at the Real Club Valderrama and takes care of their protection in the various habitats and sanctuaries located on the course, inventorying and tracking them. In addition, the cork oak grove is regularly cleaned and pruned and more than 90% of the shrubs and flowers on the estate belong to plants native to the Mediterranean region. Wildlife habitats containing any endangered species of flora or fauna that are threatened by golfers and maintenance activities have been designated "environmentally sensitive areas" and golfers are not allowed access to them.

On the other hand, the maintenance machinery is equipped with GPS devices that monitor routes and applications to optimize the routes used on a daily basis. With this detailed monitoring, adjustments are made to the operators' routes in order to reduce them and thus limit fuel consumption. In addition, the machinery fleet is being renewed with electric and hybrid devices, another measure aimed at reducing fuel use.

Since the 1980s, Real Club Valderrama has also been a pioneer in the monitored application of organic products for pest control and has progressively reduced the application of chemical products in a controlled manner, reducing their use until their total disappearance. At the same time, work is regularly carried out to improve soil health and advanced practices such as modification of organic content, aeration and improvement of water infiltration are carried out to maintain a living and heterogeneous biotic soil community.

Of course, golfer support for the environmental management program is essential for its long-term success, which is why the staff at Real Club Valderrama is particularly involved in communicating the importance of environmental management at conferences, forums and in the media. Awareness and dissemination of the projects undertaken are essential to avoid clichés and stereotypes and to ensure that the efforts of the club, and the world of golf, are well received by society.