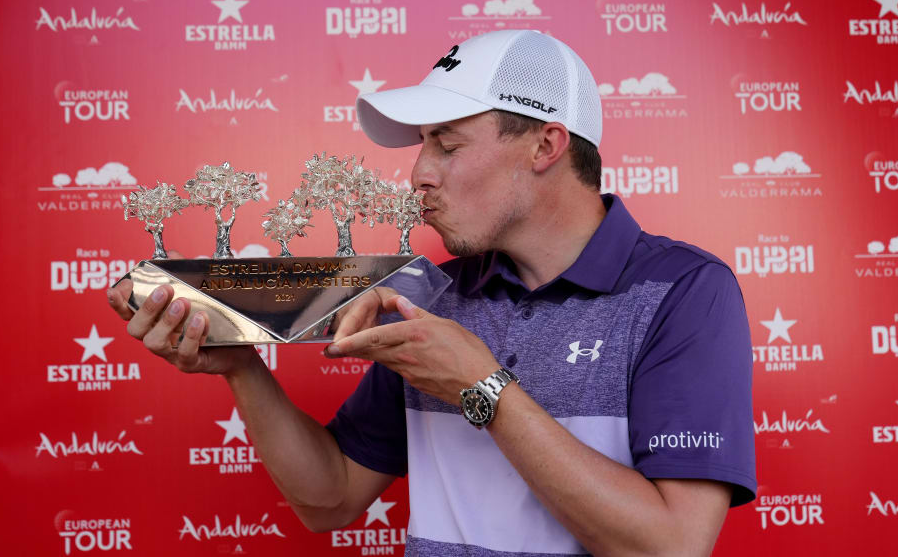 The Englishman entered the final round three shots off the lead but as many around him succumbed to the test of the 1997 Ryder Cup venue, Fitzpatrick made 15 straight pars to keep himself right in contention.

Birdies on the 16th and 17th then put him in total control and he finished at six under, three shots clear of Australian Min Woo Lee and Swede Sebastian Soderberg.

Canter led by three at the start of the day and was eight under after five holes but signed for a 76, while Soderberg led by two at six under stood on the 17th tee but dropped three shots in the final two holes in a 70, a score matched by Lee.

Fitzpatrick claimed his first European Tour victory in his rookie season in 2015 and has only ever gone winless once in 2019 - when he finished second four times - finishing in the top 25 on the Race to Dubai in each of his seven seasons, including a second place finish in 2020.

He won his first Rolex Series title at the 2020 DP World Tour Championship, Dubai and almost took a second earlier this season as he lost out in a play-off to Lee at the abrdn Scottish Open.

A two time Ryder Cup star, the 27-year-old was playing his first event since the defeat at Whistling Straits and bounced back to become the first English winner of this event and move up to fifth on the Race to Dubai Rankings in Partnership with Rolex.

"It's on the bucket list to win round Valderrama with the history that it has," he said. "To do it bogey free on Sunday as well is extra special. I'm delighted.

"It's amazing, particularly the way I did It - very patient all day, didn't try to press anything, stuck to our targets and managed to hole the putts at the end. I'm delighted with the win.

"You can hit half decent shots and be behind a tree and you're chipping out or you've got to manoeuvre something, it's a true test and to be patient the whole 72 holes, I'm really pleased with the way my attitude was all week."

Soderberg made a lightning start, putting an approach to three feet at the second, a tee shot to nine feet at the third and leaving himself just 15 feet for an eagle at the par five fourth as he picked up four shots in four holes to sit one back.

Canter had looks at birdie on his first four holes and finally made one with a tap-in at the fifth, seeing his lead go back to three as Soderberg hit a poor tee shot on the seventh and made a first bogey of the day.

A first mistake of the day from Canter saw him come up short at the par three third and he compounded that error with a three putt for a double, following it up with another three putt on the next to share the lead with Soderberg at the turn.

The Swede then played a beautiful up-and-down on the par five 11th to take the lead but tree trouble off the tee saw him give the shot back on the 13th.

Canter found sand off the tee at the par three 12th to drop a shot and put Soderberg back on top, with the leader hitting a wonderful brave tee shot on the par three 15th and holing from four feet for a two shot lead.

But Soderberg lost his ball off the tee at the 17th and the resulting double bogey dropped him into a three way tie with Canter and Fitzpatrick - who had made those 15 pars in a row.

The Yorkshireman had holed a 30 footer from off the green at the fifth and got up and down from the sand at the 15th to save pars, and his patience was finally rewarded as he put an approach to ten feet at the 16th and broke his run to take the lead.

Canter bogeyed the same hole and Soderberg dropped another shot on the last, meaning Fitzpatrick had a two shot lead with his second at the par five 17th just over the back of the green.

He got down in two for a second consecutive birdie and then parred the last for an ultimately comfortable victory.

Lee took advantage of the three par fives while also adding gains at the first and seventh but bogeys on the second, tenth, 12th and 13th stunted his charge.

Morrison carded a 68, with Björk, Fox, Rock and Zanotti all signing for rounds of 69 and Lipsky registering a 72.