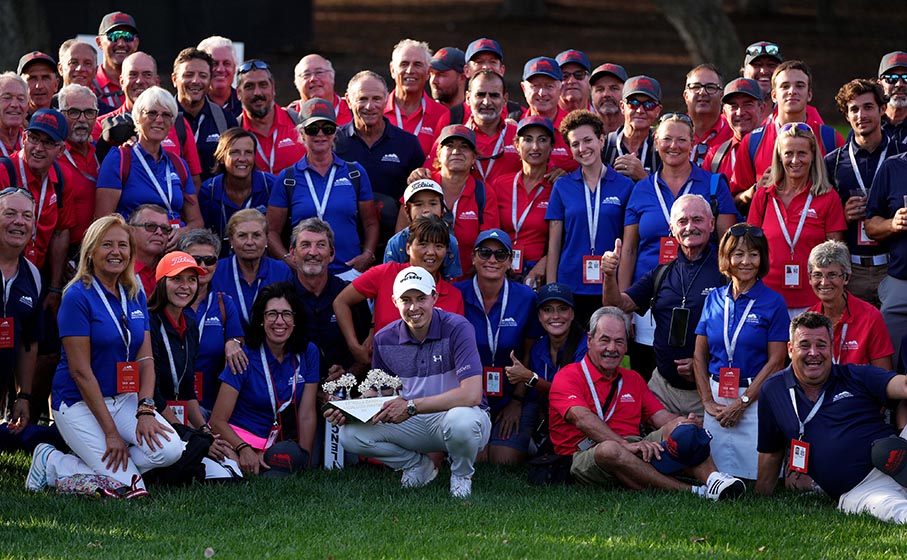 Just eighty days left to enjoy a spectacular line-up at the Estrella Damm N.A. Andalucía Masters, a DP World Tour event which will take place from October 13-16 at Real Club Valderrama. In addition, until August 1st fans will be able to take advantage of the special launch prices from just €15.

With Matt Fitzpatrick’s win in recent memory, the best course in Spain will host for the eighth time the Spanish tournament with the highest purse on the Tour schedule. The Real Club Valderrama, which holds the record for the most DP World Tour events hosted in our country, will receive a new edition on the 25th anniversary of the Ryder Cup held in 1997 in the jewel of Sotogrande, a landmark date that was a turning point in the development of golf in our country.

As 25 years ago, spectators will be able to walk the impeccable scenery of the Cadiz course following the stars of the tour and enjoying a unique setting. Last year, for instance, the last two U. S. Open champions, Jon Rahm and Matt Fitzpatrick, and the champion of the last Spanish Open, Rafa Cabrera-Bello, were together in the first two rounds and put on a great show for the fans.

Once again, the comprehensive ticketing offer includes individual day tickets, four-day passes and weekend passes, with preferential rates starting at just €15 for or federated golfers and free entry for children under 13. Tickets can be purchased at edamgolf.es, from the Tickets menu on the tournament website or at the DP World Tour website.

Last year, more than 36,000 spectators experienced this unique show on the best course in Spain, a figure that is sure to be exceeded this year thanks to the spectacular combination of attractions offered by the Estrella Damm N.A. Andalucía Masters and its venue, the Real Club Valderrama.

The Estrella Damm N.A. Andalucía Masters, an event in the DP World Tour’s Race to Dubai made possible by the essential contribution of the Real Club Valderrama, is sponsored by Estrella Damm and the Consejería de Turismo, Regeneración, Justicia y Administración Local of the Junta de Andalucía, jointly funded by the EU and was declared Event of Exceptional Public Interest by the Government of Spain.