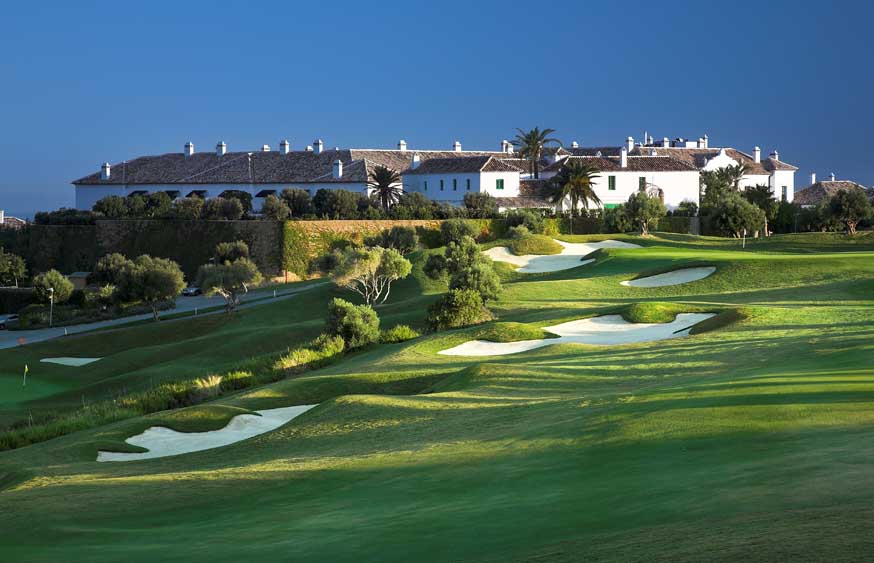 In preparation for next year’s Solheim Cup, the course has undergone a series of upgrades. Led by the resort’s Head Greenkeeper, Ignacio Soto, several key areas such as bunkers, tee boxes and fairways have been reinstated to improve consistency, texture and playability across the course.

The resort is also considered one of the most environmentally friendly golfing venues in Europe, incorporating several innovative methods into its overall operations including the use of 100% recycled water for irrigation, generated from the nearby village of Manilva.

Designed in classic Andalusian style, the resort’s award-winning hotel compliments life away from the fairways as ‘Spain’s Best Golf Hotel’. Situated across the 215-hectare estate, the hotel is renowned amongst guests for its outstanding service and state-of-the-art facilities that make it one of most tranquil settings on the Costa del Sol – a place where traditional Mediterranean lifestyle effortlessly embeds into contemporary living, with an unrivalled ambience of peace and beauty.

Finca Cortesin’s achievements at the World Golf Awards add to an already impressive list of honours with the resort having recently been named the Best Golf Resort in Europe by Leading Courses. Other accolades include being recognised as the #1 Hotel & Resort in Spain & Portugal by Travel + Leisure, cementing the resort's prestigious reputation.

The Solheim Cup will be staged at Finca Cortesin from 18th – 24th September 2023, the first time in its history the event has been played in Spain.