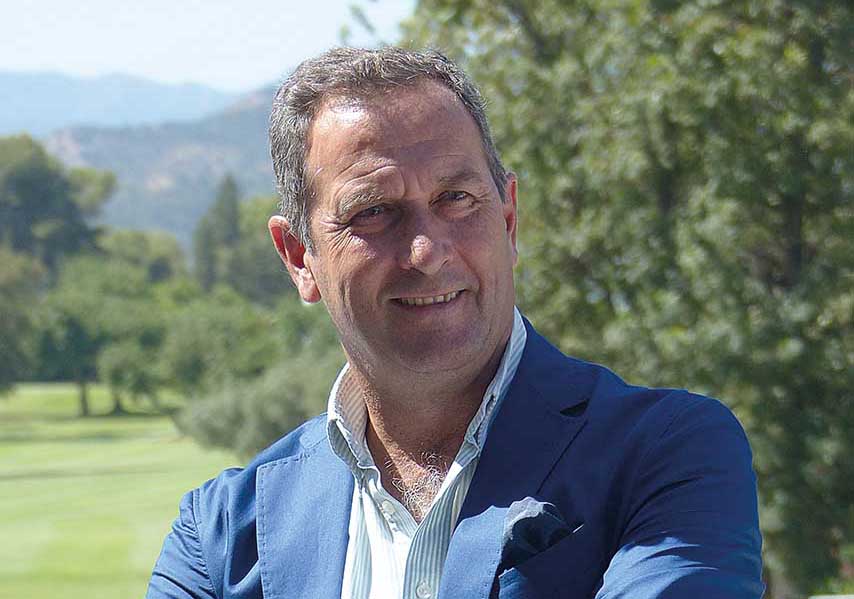 Royal Guadalmina Golf Club is dressing up in all its finery as the South Course prepares to host the Spanish Ladies Open from 21 to 24 September. A Ladies European Tour event, the tournament will bring together a top field of international-level golfers. In this interview, Ignacio del Cuvillo, general manager of the renowned Marbella club, fills us in on the preparations and key initiatives for this edition of the tournament, which will have a special significance as Royal Guadalmina honorary member Azahara Muñoz is defending her title.

“We are delighted to host the tournament, and realise it is a great responsibility,” he says. “Obviously, organising an international event with players from all over the world – the top-ranked Ladies European players and various leading Americans – requires the host venue to adapt in some ways.”

In that respect, he notes that the club has had to transform itself in certain aspects, and one of those is parking. “Ours is adequate for the day-to-day operations of the club but not to host a tournament with large numbers of spectators. To be able to offer this service, and provide enough parking spaces for cars, we have access to an adjacent 160,000 square metre plot that has been ceded to us by to a family. We understand it has capacity for between 3,000 and 5,000 cars.”

The plot is 600 metres from the club and will be cleaned and marked off by the town hall’s municipal services team. From this parking area, both tournament spectators and those golfers who want to play Royal Guadalmina’s North Course, which will remain open as normal on the days of the Open, will be transferred to the clubhouse in a small electric train that makes the journey every five minutes.

The recently remodelled club parking area will have a special fleet of high-end courtesy cars provided for the occasion by Volvo, a Spanish Ladies Open sponsor. There will be 15 cars – with their respective chauffeurs – provided by the Volvo dealership in Marbella, Vypsa. The service will be offered over 10 days to players, celebrities and dignitaries, and members of the organising team.

“We will almost certainly have another attraction which, for me as a golfer, is always something I appreciate, and that is the European Tour’s Ping truck. It will be parked in the club parking area and offer the brand’s products.

What can you tell us about the course preparation?

Significant work has been carried out on remodelling the bunkers, so they are both uniform and of a high quality. This is something members had been seeking, and in a way was our unresolved issue. This Spanish Open has shown that, when a club is chosen to host a European Tour event, a major tournament, you have to make some sacrifices but then these improvements subsequently benefit members in their day-to-day activities. Members have already been able to enjoy the improvements to the bunkers, before the Spanish Open players.

We have obtained quite a lot of equipment in order to be able to present the course in line with the European Tour’s grass-cutting requirements. After the Spanish Open we will still have this equipment, so that will be another benefit for the club and members.

Are there any other initiatives planned by the club to coincide with the Spanish Open?

Another change related to the tournament is that we’ve been obliged to expand the clubhouse, but without constructing anything: we are planning to erect a 350 square metre, fully equipped marquee with raised wooden flooring, air-conditioning, etc., offering a catering service to the 126 players, their caddies, the federation officials, the referees, the organising team, the TV broadcasters, etc. This marquee will be installed in the club gardens, with a 400 square metre terrace.

Taking advantage of the fact that there will be a large attendance of spectators, we have decided to make it a different kind of Spanish Ladies Open. To that end, we have created a village around the pool, a PR area for players, members, clients and fans where local businesses will have the opportunity of presenting their products. We have 18 marquees and expect all of them to be taken up by golf sector businesses and high-end services.

What numbers of spectators do you anticipate?

If expectations are fulfilled, we are talking about very significant numbers. The fact that it is being played at a club where Azahara is an honorary member gives the event an added appeal, which we believe will attract many golfers, fans and even people who don’t play but are attracted by the presence of a local girl, from San Pedro de Alcántara (Marbella), and want to come here and see her in action. And also, of course, we shouldn’t forget “our” Noemí Jiménez, or the other top Spanish players.

All of this means we have to make the right preparations for the event: for example, a permanent medical service with two ambulances and doctors available at two specific points. You can’t just improvise all of that.

Today (21 July) as we are sitting down for this interview, we have a check-list of about 30 pages and can say that about 70 per cent of the items have been ticked off.

To monitor the public, we have signed a collaborative agreement with the town hall under which they will provide human resources, local police and protection civil volunteers, to oversee the large number of people attending the tournament.

One key organisational facet is that related to digital communications. We have the support of Movistar who – in both the clubhouse and out on the course – will provide us with extremely wide-band fibre-optic and spectacular data transmission, which is what an event of this kind requires for live TV broadcasts. One of the interesting aspects is the erection of an 80-metre high tower.

What media coverage will there be of the tournament?

The TV coverage, and that of the general press, will be equally as important, with estimates that the tournament will reach millions of fans throughout the world. The accredited media for the tournament are coming from New Zealand to California, as well as Indonesia, south-east Asia, northern Africa, South Africa, the whole of Europe, etc.

We are sure this Spanish Open is going to be a great success.