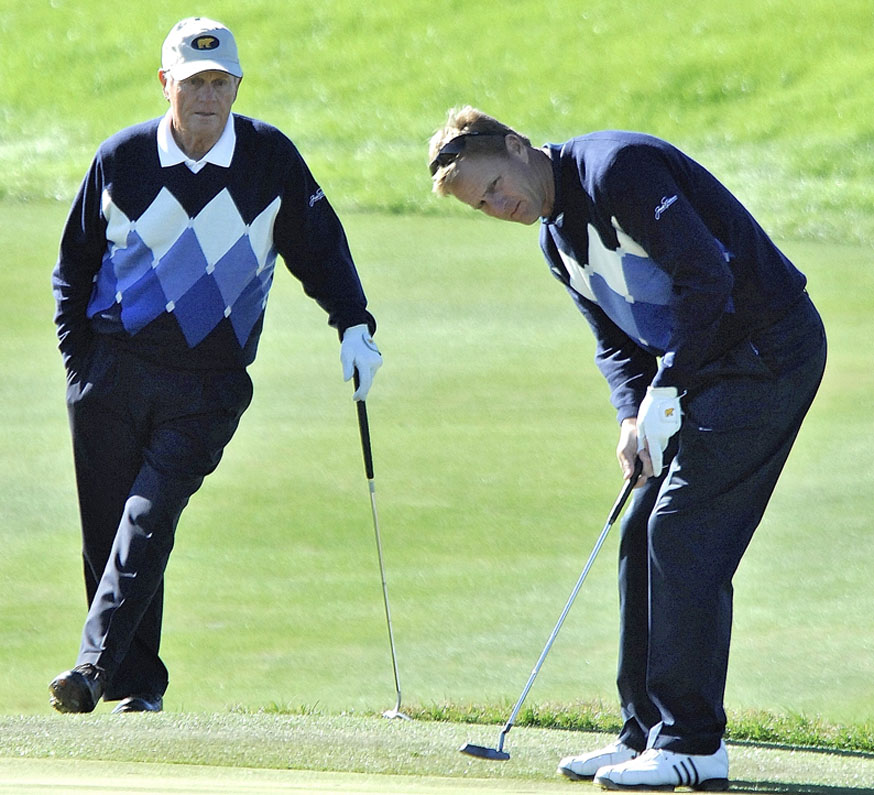 Jack Nicklaus and John Daly have been confirmed as two of the headliners for the PNC Father-Son Challenge in Florida on 10 and 11 December. Seventy-six-year-old Nicklaus will be playing alongside side son Jack II in his 15th appearance in the event, while Daly, 50, will be paired with his son Little John.

Others competing in the 20-team field at the Ritz-Carlton Golf Club in Orlando will include defending champions Lanny and Tucker Wadkins, as well Nick Faldo, Bernhard Langer, Sandy Lyle, Lee Trevino, Raymond Floyd, Nick Price and Vijay Singh, all playing with their sons except for Langer – this year teamed up with his daughter Christina.

To qualify for the event, a player must have won either a major championship or The Players Championship, while their partner must not hold a PGA Tour card.

Meanwhile, two stellar pairings have been announced for the Zurich Classic of New Orleans, which changes to a two-man team format on the US PGA Tour next April. World number one Jason Day will be paired with good mate and fellow Zurich ambassador Rickie Fowler, and reigning Olympic champion Justin Rose will compete alongside 2016 British Open winner Henrik Stenson.