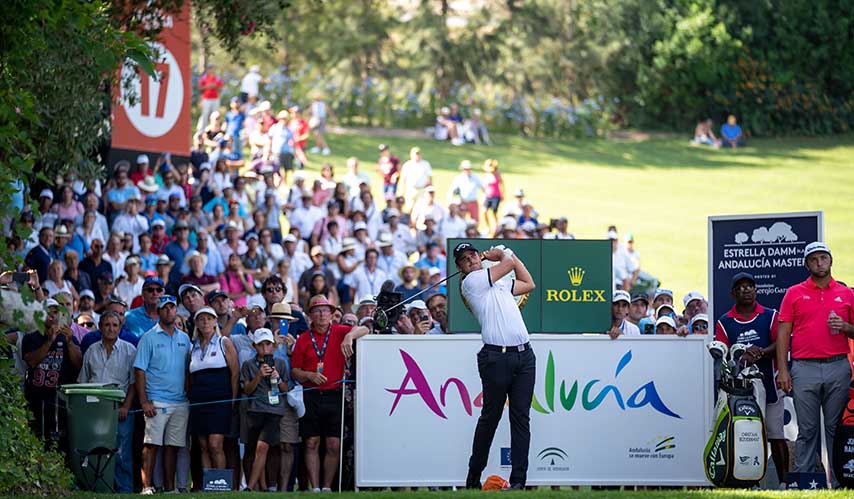 Next year’s Estrella Damn N.A. Andalucía Masters Hosted by the Sergio Garcia Foundation will be held from 30 April to 3 May, two months earlier than the 2019 edition. This is one of several new initiatives announced for the new European Tour season, including (once again) a second tournament in Spain, the Spanish Open, from 15 to 18 October.

The Andalucía Masters tournament at Royal Valderrama Club will begin phase two of the qualifying campaign for European team members of the 2020 Ryder Cup, with points won in Spain and in subsequent tournaments until the BMW PGA Championship being the final ones counting for the Ryder Cup ranking.

Other date changes on the 2020 European Tour schedule affect the Trophée Hassan II and Scandinavian Invitation, which both move to early June. The French Open will again be played in July, while the British Masters starts on 30 July.

The 2020 European Tour totals 46 tournaments in 29 countries, including eight Rolex Series events (each with more than seven million dollars in prizes).

The season concludes with three consecutive Rolex Series events: the Turkish Airlines Open (5-8 November) and Nedbank Golf Challenge Organised by Gary Player (12-15 November ), and the final tournament of the season, the DP World Tour Championship in Dubai (19-22 November), where the champion of the 2020 Race to Dubai will be crowned.

Next year the Olympic Games golf competitions in Tokyo will be played from 30 July to 2 August, and the Ryder Cup at Whistling Straits in Wisconsin from 25 to 27 September.