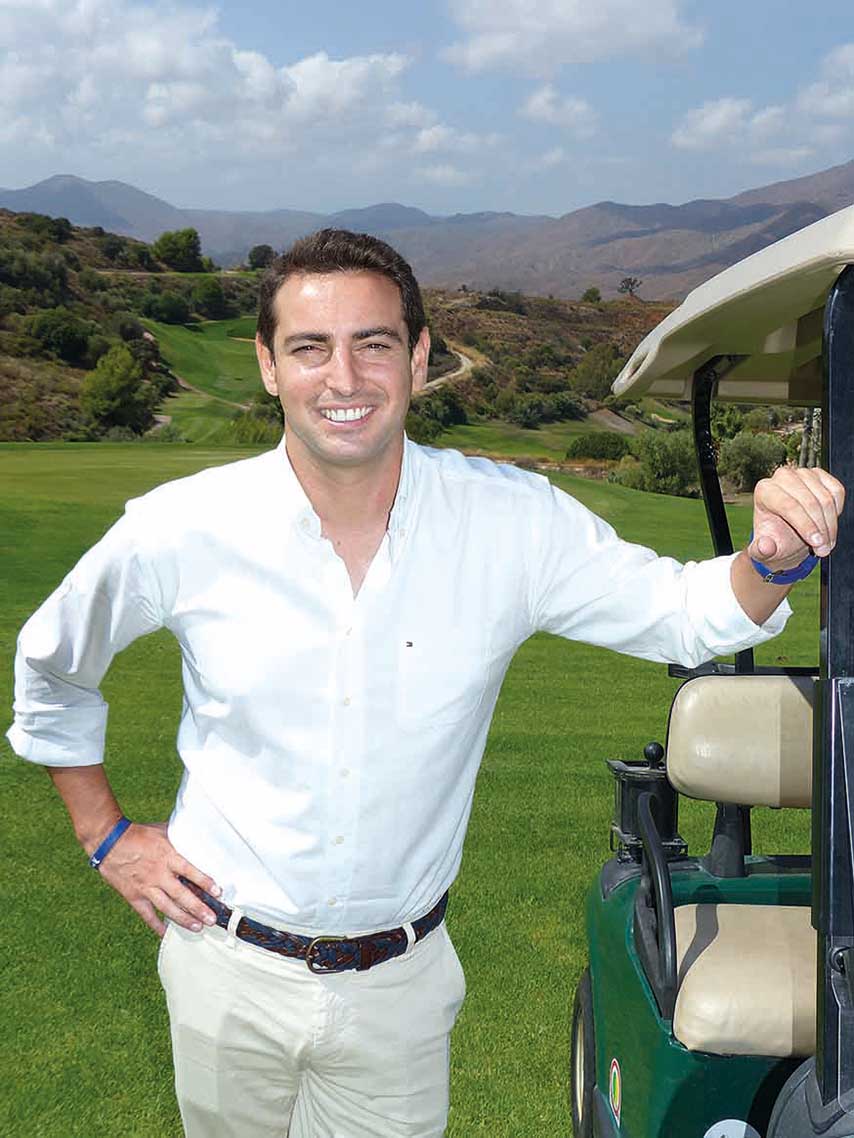 A new generation of golf managers and directors are joining the industry. Unquestionably they provide chutzpah and new ideas and – even though they are not necessarily better – they are in a certain way different, considerably more influenced by new technologies and other ways of seeing things, especially when it comes to marketing and promoting their courses. They are almost disturbingly young, and very, very well educated and prepared. Gaining experience is just a matter of time.

José Ramón Gómez, who recently turned 28, is one of them. He took over as manager of Alhaurín Golf just a few months ago. Gómez gained an interest in golf when he was still a child, and from the moment he began his tourism studies he set himself the goal of working in this sector. “When I completed my studies, I did a course on golf course management,. And shortly after finishing it I began work. First of all I was in Murcia, at the Polaris courses, where I spent two years working in all the departments, which provided me with some great experience. Then I went to Mallorca, to Santa Ponsa Golf & Country Club, a club with two courses, one of them for members – which is where I worked.”

From there he moved to Alhaurín Golf, “which represents a great challenge because it’s my first job in the industry as a manager. It’s a great responsibility and a great opportunity for me.”

- What did you find when you arrived at the club? How did you view it at first?

- It was in a difficult position but the new owners wanted to make major changes and improve it in every way possible, and that’s what we’ve been committed to doing, working on this together with Golf en Red and Antonio Conde.

We’ve set out a clear objective: turn everything around, both in a marketing sense and at an internal operational level. In addition, of course, we are planning to change the club’s image – it should not be forgotten that this was one of Severiano Ballesteros’s first designs.

Alhaurín Golf is a course that challenges any golfer, and we are committed to maintaining this as much as possible – as Seve would have wanted us to – and I believe we are achieving that.

“In this respect,” adds José Ramón Gómez, “in order to ensure maintenance remains at an optimum level, we have contracted an outside consultant, Carlos Lima, one of the most prestigious greenkeepers on the Costa del Sol, which will certainly guarantee our success.”

- Has the course’s evolution been noticeable over the past few months?

- Considerably. I would say the course is undergoing a radical change. Because of its topography it requires a great deal of work, effort and dedication, and that’s what we are doing. Alhaurín Golf was created by Seve in 1993, as one of his first designs, and his way of understanding golf is expressed in the course. It is perfectly adapted to the terrain, with minimal concessions.

“On this course,” says the club manager, “you can hit all kinds of shots. You will never hit two the same on this layout, and all shots have to be well thought through – very well. Ballesteros truly left his ‘brand’ here, his identity as a golfer. I never tire of pointing out the challenge of playing at Alhaurín Golf, and how much fun it can be. When you finish your round you always think about returning to improve your result, to correct any errors you might have committed. Returning to play it again becomes a necessity.”