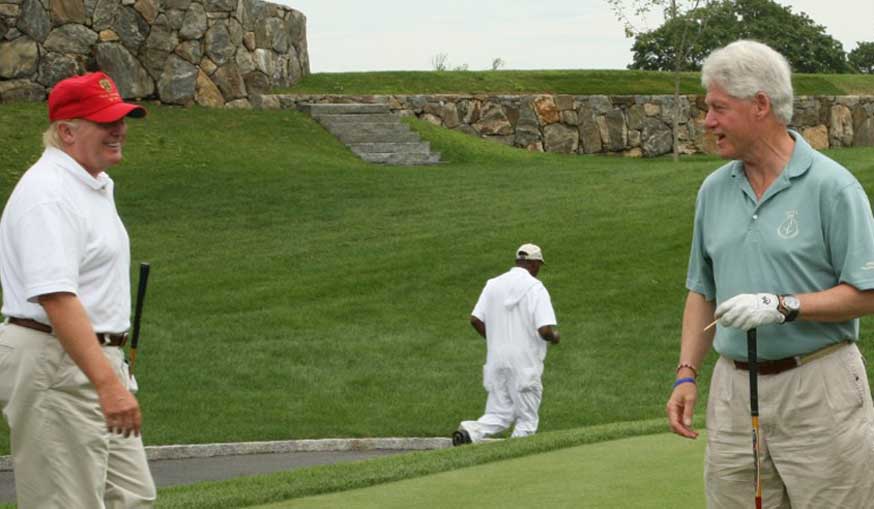 The omens were not good for Hillary Clinton. In the lead-up to the US presidential elections, author Don Van Natta Jr. noted in his book “First Off The Tee: Presidential Hackers, Duffers and Cheaters From Taft To Bush” that, over the past six decades, no non-golfer had been able to beat a golfer to reach the Oval Office. In fact, 15 of the last 18 presidents have played the game regularly.

President-elect Donald Trump owns 18 golf properties around the world, including The Floridian in Palm City, where Barak Obama has played twice while in office. Interestingly, Trump and Bill Clinton also used to be golfing buddies.

Not that it has all been beer and skittles for Trump out on the golf course. As reported in Treasure Coast Newspapers, “At times, Trump’s presidential run hasn’t been kind to professional golf. Last year, the PGA Grand Slam – which featured the winner of the four major champions – was cancelled because it was being held at his course in Los Angeles. The PGA of America knew it was bad for their business to be involved with a presidential candidate who didn’t hesitate to bash minorities and immigrants. The PGA Grand Slam likely will never come back.

“Trump also became involved with a World Golf Championship event in South Florida when he purchased the Doral Resort near Miami for a bargain price of $150 million in 2012. This year, the PGA Tour announced that WGC event, the Cadillac Championship, would be moving to Mexico, starting in 2017 – the same country where Trump vowed to build a wall around it to stop alleged illegal immigration.

“While the tough sports market played a role in Miami losing a PGA Tour event after a 50-year run, Trump’s presence also was a key factor. He relished the spotlight. Trump’s parting shot to the PGA Tour, ‘I hope they get kidnap insurance.’” 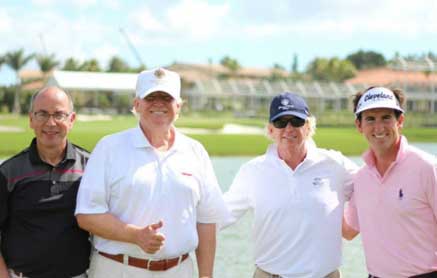 Meanwhile, Spain’s Gonzalo Fernández-Castaño (who has been living in Florida for the past three years and in October regained his US Tour card for this season) was frank when asked by the Marca sports newspaper for his views about Trump. He said he would have voted for Trump if eligible, and recalled playing a round with the American three years ago at the Doral.

“We had a really good time, we laughed a lot, he told loads of stories. He didn’t play well but he didn’t cheat, as many people have claimed. He loves talking about himself but he has such entertaining stories.”

Fernández-Castaño conceded that Trump had made some stupid comments, “but he also says some things that many people in the US had been wanting to hear, politically incorrect things”.