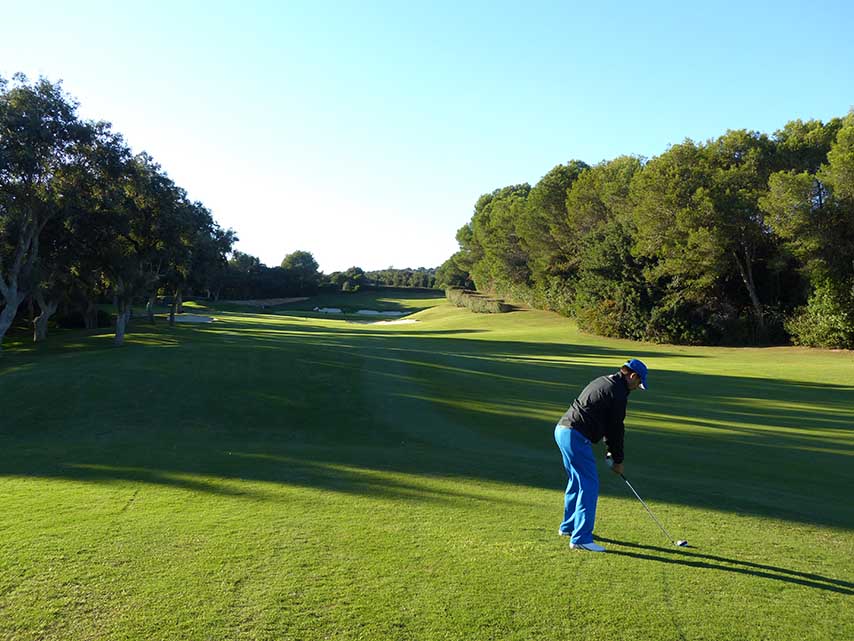 It’s a dream shared by golfers from around the world: to be able to test their skills on the renowned Valderrama course. On 8 November, an exclusive group of players competing in the latest leg of the Andalucía Golf Challenge circuit enjoyed that privilege, some for the first time and others returning in a determined effort to improve on their previous efforts.

Considered for many years to be the best course in continental Europe, Royal Valderrama’s fame has spread far and wide as host of the 1997 Ryder Cup, two World Golf Championships, multiple Volvo Masters, and several other European Tour events including this year’s Spanish Open. It is a course whose majestic layout and surroundings impress all golfers treading its immaculate fairways and rapid greens – especially amateurs.

On this occasion, participants including both Spain-based players and golfers traveling from other parts of Europe teed off on Valderrama’s daunting first hole in brilliant sunshine, with a cloudless blue sky, pleasant temperatures and a gentle wind. Over the next 18 holes they were able to experience first hand the robust challenge previously faced by such luminaries as Tiger Woods, Phil Mickelson, Seve Ballesteros, Nick Faldo, Bernhard Langer and many other top stars.

They soon learned that, if it has been a stern task for the world’s leading pros to tame the Valderrama beast, it is even more complicated for amateurs – although they still thoroughly enjoyed each shot. Many ended up in the lake when attacking the iconic 17th green, the same fate suffered by Tiger Woods in the 1999 American Express WGC tournament, where his triple bogey on the hole allowed Miguel Ángel Jiménez to draw level and force a play-off (ultimately won by the Californian).

The natural amphitheatre enveloping the 17th might not have been full of spectators engrossed in the excitement of a Tour event but those hitting to the green in the Andalucía Golf Challenge still felt what it was like to be playing in a major tournament.

In the end, everyone returned to the clubhouse satisfied with their experiences out on the hugely challenging and impeccably maintained course, even if the results confirmed just how tough a test Valderrama presents to golfers of all handicaps.

The prize-giving ceremony was held in one of Valderrama’s elegant clubhouse rooms, accompanied by a first-class cocktail reception that received warm praise from the players. Royal Valderrama Club general manager Javier Reviriego had some kind words both for Andalucía Golf magazine and its publisher Antonio Sánchez and the participants.

As for the results… Peter Andersson tallied 34 points to lead the way in category one, and also secured the prize for best scratch score. Second was Martin Lofuenhaft, who beat third-placed Andreas Maaland thanks to a lower handicap after both totalled 31 points.

For the scratch prize, Peter Andersson and Ola Gejerval both carded 27 points, with the former’s higher handicap giving him the edge, and Martin Lofuenhaft was third one point behind.